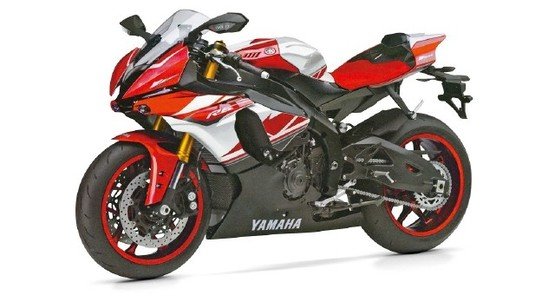 Yamaha is working on the 2017 model of its popular middleweight sports bike YZF-R6; Likely to be introduced in a few months.

Yamaha is working on the 2017 model of its popular middleweight sports bike YZF-R6. Recently, some images of the next-gen model have surfaced on the internet that reveals some interesting details about this upcoming motorcycle. As seen in the images, the 2017 Yamaha YZF-R6 has its huge resemblance to its elder sibling R1. The front has been given the same hidden headlight treatment that is seen on the flagship Yamaha.

If some speculations are to be believed, Honda is planning to retire the R6 rival that is commonly known as the CBR 600RR. Yamaha might have thought to use the opportunity to the fullest for a simple reason. If Honda plans to discontinue the CBR 600RR, Yamaha will be benefitting huge from it and hence decided to bring the more appealing R6 in order to grab more market share of the respective segment.

Yamaha YZF-R6 was first introduced by the company back in 1998. Since then, the motorcycle has seen numerous development stage with the most recent one implemented in 2010 that involved some minor fixes in the power-train. Other than that, the motorcycle got its visual upgrade in 2008. Coming back to the leaked image, this upcoming Yamaha YZF-R6 will boast of almost the same design cues that are found on the new Yamaha R1.

Apart from the headlamp section, the bike will carry air vents on the fuel tank, large intake scoops and rear view mirror mounted clear lens turn indicators. Talking of power, the current generation R6 develops a peak power output of somewhere around 123 bhp. However, seeing the growing competitiveness, we believe that the company will launch the 2017 model with a slight bump in power figures. Stay tuned as we bring you more details on this upcoming Yamaha motorcycle!