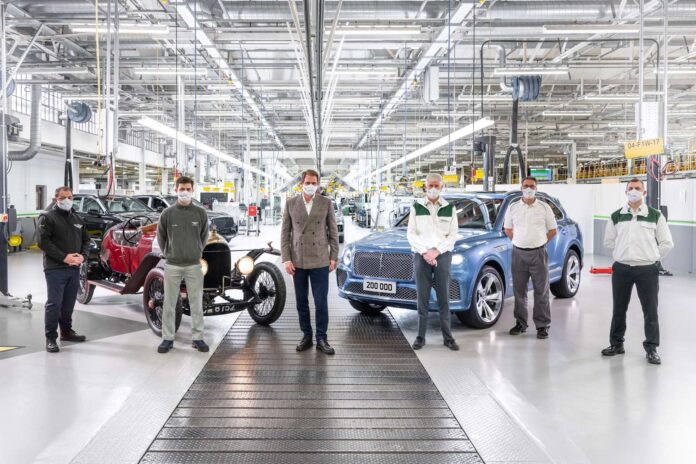 Bentley has announced that it has passed the symbolic milestone of 200,000 cars having left the factory since the brand was founded in 1919. And the 200,000th is a hybrid Bentayga, symbolizing the electric transition of the British manufacturer.

Incredibly, more than three quarters of these 200,000 cars have been produced in the last 18 years. And in fact 85 cars currently roll off the Bentley production line every day.

That’s the number of cars the brand was producing every month just 20 years ago. Each car is still carefully assembled by hand, as has been the tradition for over 100 years.

Bentley announced earlier that it will only produce electric cars from 2030.
For the purposes of communicating on this milestone, Bentley decided to have this Bentayga posed next to the EXP2, the oldest Bentley in history.