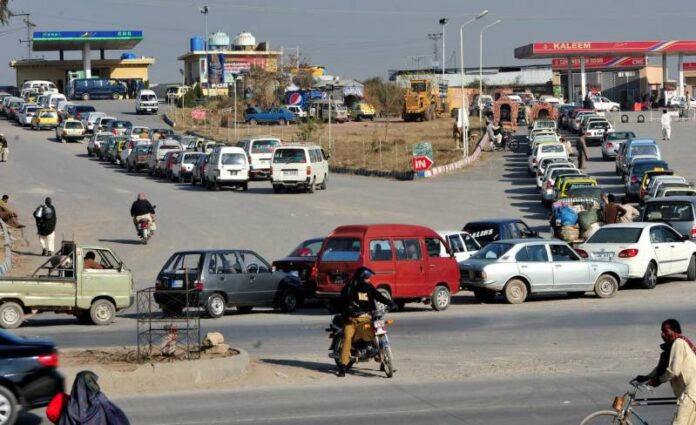 Whenever the government convinces the private sector to make investment to tap a booming potential – the investors strive hard to cash the opportunity. The situation becomes ugly and alarming when the government itself turns its back and tries to destroy the billions of rupees investment made by the investors.

This situation usually arises when plans are made without any effective feasibility reports and keeping in view future demand and supply situations.

Here the CNG sector fits here as an example as it is one of the unlucky sectors which has come with a bang and is now facing extinction due to lack of government’s working to ascertain future gas shortages and its negative impact on the industry as well as on the people.
First the stakeholders were encouraged by the government some 15 years back to invest in CNG business and now they are in a precarious situation whether to continue business, stay calm or wait for the revival of this sector.

The CNG sector enjoyed a boom in 2006-2008 when the consumers were really wild for the alternative fuel due to 40-50 per cent saving as compared to petrol. CNG outlets used to see a huge rush of buyers. At that time, stakeholders said that over Rs 400 billion investments were made by the investors in setting up CNG stations which also included land price, plant and equipment expenditures etc. The silver lining of the CNG promotion was the opening of indirect and direct jobs of over 400,000 people at that time in thousands of stations all over the country.

A car without CNG was termed useless in terms of its resale value. Transporters had plunged in to install CNG kits and cylinders to cut their fuel expenses.

The country also saw availability of locally assembled CNG vehicles by Pak Suzuki Motor Company Limited (PSMCL) which were sold like hot cakes. Famous Italian company Landi Renzo has established a CNG kit and other accessories of CNG Kits assembly plant in Karachi. While they had started to export these parts to other neighbourhood countries.

The CNG sector did a roaring business even at the low prices as the sales volumes of gas were highly impressive as the majority of cars especially used were utilizing gas followed by equally high consumption by the transporters.

After 2008, the government imposed a ban on issuing licenses for opening of new CNG stations perhaps because of gas shortages followed by a ban on the import of CNG kits and cylinders a few years back.

In the last three to four years, CNG has become a rare commodity due to frequent closure of gas by the utility companies especially in winters.

The year 2021 also proved a bad year for the CNG sector due to opening/closing of pumps, while the situation further became devastating when the Sui Southern Gas Company Limited (SSGCL) had announced closure of gas stations from December 2021 till February 15, 2022. Soon after opening of pumps on February 14, 2022, CNG pumps were again closed for three days.

One can gauge losing popularity of gas as on November 30, 2021 as when the gas stations had to close for 2.5 months from December 2021, the CNG stations were deserted and there were no long queues at the station to fill the gas.

When gas stations running on RLNG were reopened on December 14, 2022, there was also no hustle and bustle of buyers at the stations which suggested switching over a sizable number of cars and transports towards petrol and diesel.

In this sad story of losing sales, there is only one hope for the CNG sectors as their precious lands, which they had purchased for setting up CNG stations at low prices 15 years back, will now fetch the price beyond their expectations owing to a boost in property prices. If the investors are not running their CNG outlets or their outlets are not getting desired sales, then they have land in hand which will definitely pay off their old losses and make this investment in other options.

However, people, who had invested in purchasing kits and cylinders at high prices few years back, are also big losers as they are seen disposing off CNG gadgets at Rs 4,000-5,000 which they procured by spending Rs 30,000-70,000 depending on the size of kits and cylinders. Many pushcart owners dealing in old household items (Kabaria) were seen carrying CNG kits and cylinders sold by the vehicle owners.

A number of people were seen clearing kits and cylinders at the auto mechanics shops in the last few months. Some of them had still kept the kits and cylinders in their cars and started running their vehicles on petrol to keep the resale value of vehicles intact, as they believed.
Vice Chairman All Pakistan CNG Association, Samir Najmul Hussain was a bit angry in saying that buyers have still not returned to the CNG outlets as bulk of car and transport owners are using petrol and diesel.

He recalled that in 2016, gas consumption by CNG outlets in Sindh was 90 mmcfd followed by 250mmcfd in Punjab. In November 2021, Sindh stations were using 40 mmscfd which has plunged to 7 to 8mmcfd of gas.

“Inconsistent supply of gas and lingering fear of closing down of pumps have ruined the CNG sector,” he said.
Only 450 pumps in Sindh are operating followed by 800 in Punjab, 16 in Balochistan and 450 in Khyber Pakhtunkhwa.
Giving a picture of Sindh, he said the government had started giving RLNG to the station owners from July 2020 but unavailability of gas continued to haunt vehicle owners as well as station owners.

Besides, the government had also raised the general sales tax to 17 per cent from five per cent, forcing the owners to jack up prices by Rs 10-15 per kg after opening of pumps recently.

The unaccounted for gas (UFG) usually remains in the range of five to seven per cent all over the world but in Pakistan, UFG is in double digit. This has also led to increase in gas prices by the utility companies, he said.
He said public transporters have still not diverted towards gas which is evident from their lack of presence at the stations.
Many private transporters had been filing CNG despite closure of pumps from Dec 1, 2021 to January 14, 2022. However, Hussain clarified that some transporters had managed to get the gas from some stations based in the Hub area. However, a number of transporters had plied buses and coaches on diesel and LPG in this period.

“People will only return to CNG when it is supplied 24/7, otherwise looming fear of suspension in gas supply anytime will keep gas sales highly depressed,” he said.
Besides, much would depend on the saving ratio in gas as compared to petrol. Currently, saving ratio in gas stands at over 15-20 per cent than petrol based on gas price of up to Rs 200 per kg and petrol price at Rs 160 per litre.

“In case petrol price goes up to Rs 200 per litre by May in view of war like situation between Russia and Ukraine and CNG prices remain intact, then people may return towards gas depending on its availability,” he hoped.
On job losses of workers/staffers during the 2.5 months shut down of CNG stations, he said pump owners had maintained permanent staffers like cashier, dispenser operators and guards by giving them salaries without any pay cut. However, daily wagers at the pumps had settled themselves in petrol/diesel pumps after losing work at CNG stations.

When asked about the return of the old days of booming gas sales, he said “if the government allows the private sector to import RLNG then it can prove a ray of hope for the revival of this sector.”
He shared some good news that some businessmen had imported new kits from a reputed Italian company which cost Rs 85,000-90,000 especially for EFI cars which would really prove a relief for the masses in terms of saving. Besides, fiber cylinders of 15 kg weight are also available.

“These new technologies in CNG kits and cylinders will be hard to sell in view of unpredictable gas availability scenarios,” Hussain said.
Besides some positive advantages of CNG like no option to steal the gas from the vehicles, one of the main negative aspects of using gas in vehicles was the slow destruction of engines and other parts. For air conditioner cars, the use of CNG is equal to the death of a person because of suffocation.

It has always been felt that CNG is certainly unfit for petrol engines but for the saving purpose, people took the risk despite knowing the bitter fact of paying the price of saving after destruction of engines with the passage of time. The entire saving made in the last few years by using CNG goes into making a complete engine at a price of Rs 40,000-70,000 depending on the engine power.

This exclusive article has been published in Automark Magazine, March-2022 printed edition