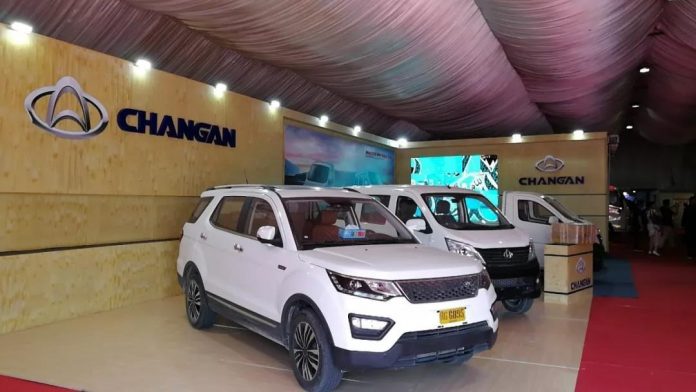 Changan Automobiles, a Chinese automobile manufacturer is coming to Pakistan through a joint venture agreement with Master Motor Corporation Limited (MMCL) with an investment of $100 million and soon will start producing vehicles in Pakistan. Master Motor Corporation (Pvt.) Limited (MMCL) is an automobile assembling and manufacturing company formed in 2002 and is part of Master Group of Companies.

Master Group, a renowned Pakistani brand is also known for making Molty Foam, which has been offering reliability since decades recently acquired Greenfield approval from the Government of Pakistan and now has proudly formed joint Venture with Changan International Corporation.

The company was seeking permission from the Pakistani government for a long time now to set up a vehicle manufacturing plant in the country. Previously, Master Motors also signed an agreement with Changan Automobiles to manufacture cars in Pakistan.  Recently, Master Motors was also awarded a Category-A Greenfield Status under the Auto Policy 2016-21’s.

MMCL is authorized local assembler for leading Commercial Vehicles from China including world’s popular Foton (Light Duty Truck and Heavy Duty Truck) and Yuejin. It is manufacturing a wide range of Commercial Vehicles from 1.5 Ton loading capacity to 60 Ton GCW Prime Mover. More than that, 12,000 Master vehicles sold made its name strong both in public and private sector organizations.

Both the companies, Changan Automobile and Master Motors Corporation, will sign an official agreement on 29th June at Pearl Continental, Karachi.

Without a doubt, we hope that joint agreement of Master Motor Corporation Limited and Changan Automobile will expand and diversify the local vehicle industry in Pakistan.

The Horizon of world automobile industry will be totally changed by...