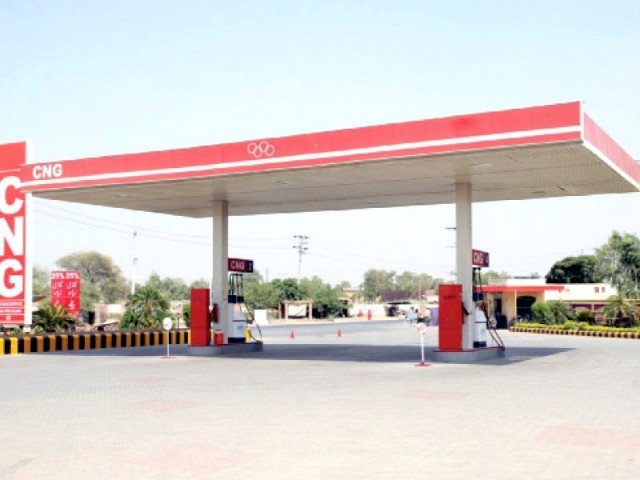 Pakistan never had a natural gas surplus to the extent that Pakistan decided to adopt an energy policy that made natural gas as the prime energy source feeding into five highly critical sectors of national economy. Secondly the myth why the pricing of this precious indigenous resource was not based on the principle of scarcity and optimal utilization baffle experts. It was severely over allocated, underpriced and excessively misused. The apparent public private partnership as prevalent in the natural gas sector turns out to be a multilayered façade that cover up for the monopolistic control of the Ministry of Petroleum.
The oligarchic control of all aspects of the sector ranged from appointments and placements, exploration & production licensing, distribution & transmission, tariff and price determination etc. The gravity of the mismanagement can be realized through the fact that the overall economy slowed down (stagnation). This poor governance of natural gas and power sector has now entered into stagflation, which is the worst-ever experienced by Pakistan.
The Ministry of Petroleum & Natural Resources along with All Pakistan CNG Association has decided to sell the CNG in liters instead of Kilos. It is important to know that why it has happened and why the OGRA has termed this sale is illegal.
The Liquefied Natural Gas (LNG) deal with Qatar is being widely described as one of the biggest scams of the Nawaz Sharif government mainly because of lack of transparency. The billions of dollars deal has been struck with Qatar. LNG is being supplied to the power sector, to fertilizer sector and to CNG sector. It is interesting to mention that the present government is in hurry to conclude all national & international agreements in which all ministries has to obtain formal approvals from federal cabinet and/or Economic Coordination Committee (ECC) of the Cabinet prior to finalization of any deal. It all started by the petroleum ministry through Inter-State Gas Systems (ISGS) who’s MD Mubeen Saulat is now under active investigation by NAB for illegal award of LNG terminal contract to Engro, which is owned by Seith Dawood who is an underhand partner of the so-called rulers of Pakistan.
What is Liquefied Natural Gas (LNG) Basics
Compressed natural gas is often confused with LNG (liquefied natural gas). While both are stored forms of natural gas, the key difference is that CNG is gas that is stored (as a gas) at high pressure, while LNG is stored at very low temperature, becoming liquid in the process. CNG has a lower cost of production and storage compared to LNG as it does not require an expensive cooling process and cryogenic tanks. CNG requires a much larger volume to store the same mass of gasoline or petrol and the use of very high pressures (3000 to 4000 psi, or 205 to 275 bar).
LNG is principally used for transporting natural gas to markets, where it is re-gasified and distributed as pipeline natural gas. It can be used in natural gas vehicles, although it is more common to design vehicles to use compressed natural gas. It’s relatively high cost of production and the need to store it in expensive cryogenic tanks which have prevented its widespread use in commercial applications. LNG is produced by taking natural gas from a production field, removing impurities and liquefying the natural gas. In the liquefaction process, the gas is cooled to a temperature of 2600 F at ambient pressure. This condensed liquid form of natural gas takes up about 1/600th of the volume of natural gas at a stove burner tip. The LNG is loaded onto double-hulled ships which are used for both safety and insulating purposes. Once the ship arrives at the receiving port, the LNG is typically off-loaded into well-insulated storage tanks. Re-gasification is used to convert the LNG back into its gas form, which enters the domestic pipeline distribution system and is ultimately delivered to the end-user in our case the LNG is being enter in SSGC distribution system.

In the recent statement the Oil and Gas Regulatory Authority (OGRA) has termed the sale of compressed natural gas (CNG) in liters as illegal. The OGRA orator announced that “The imported gas Re-gasified Liquefied Natural Gas (RLNG) is de-regulated and authority does not regulate its pricing. Actually, both the provinces are using the mixture of RNLG & CNG gases as they are being entered into SSGC distribution system. Elaborating that, “the natural gas is produced indigenously & regulated so its price must be determined by the authority.” In Sindh province, the sector is using the same mixed gas and Sindh Association has revert back the sale of gas in Kilos after direct intervention of OGRA Authority but Punjab is still selling CNG in liters. Taking cognizance of CNG Association’s Punjab decision to sell CNG in liters instead of kilos is illegal.
The OGRA has already communicated to the All Pakistan CNG Association that the maximum sale price of CNG as on 31-08-2015 is Rs 75.82 per kg for Khyber Pakhtunkhwa, Baluchistan and Potohar region and Rs 67.50 per kg for Sindh and Punjab and it is legally prevalent for all indigenous gas based CNG stations. Any CNG Station charging other than the OGRA notified rates is violating law and action shall be taken against violators as per law. The OGRA has referred notification which had been issued under the relevant law and in pursuance of the decisions of Economic Coordination Committee of the Cabinet (ECC). “Therefore, all the CNG stations are legally obligated to sell (local gas-based) CNG in kilograms and not in liters.”
In this regard, OGRA has also advised the CNG Association to come up with proposals for authority’s consideration as per law and in accordance with policy of the government. Moreover, Consumers are skeptical over the new CNG pricing. They told this scribe that they are worried over the hike in CNG prices according to the new pricing system.