Sturdy and robust, laden with possessions, whether running on the highways or on bumpy roads of the suburbs, daring to go once again at full throttle is the new “Daehan Shehzore”.

They are useful to business owners, retailers and wholesalers as they move things from one place to another, carrying goods, bearing burden of all sorts, and making lives easier.
Once a leader in the light commercial vehicle segment, the new “Daehan Shehzore” 1.5-ton pickup was re-launched with style at Mohatta Palace Museum Karachi on 25th Febuary-2018, announcing its return in the vehicle production market with an aim to reclaim its throne after a gap of 7 years.

Already, the utility pickup has marked its presence all over Pakistan and can be seen on the roads in many forms. The powerful “Daehan Shehzore” is capable of being used on the roughest terrains loaded with goods, yet they never fail to deliver their best performance.
The new “Daehan Shehzore” is a trailblazer in the light commercial vehicle segment and is already being used as ambulances, courier trucks, cargo trucks and security vehicles to name a few. They are also used for moving heavy household stuff to another locality or city.

Soon they will be seen moving around with animals as Eid-ul-Azha is around the corner. From Kashmore to Karachi or from Lodhran to Lahore, they are needed to transport goats and sheep to meet public demand in the urban areas. The multipurpose uses of this pickup makes it unique and unparalleled.

Although the vehicle remained unavailable for many years but it still enjoys high preference from the customers due to its strong built and impressive design. The vehicle has been tested on the toughest grounds of the country and customers have complete confidence in the product. 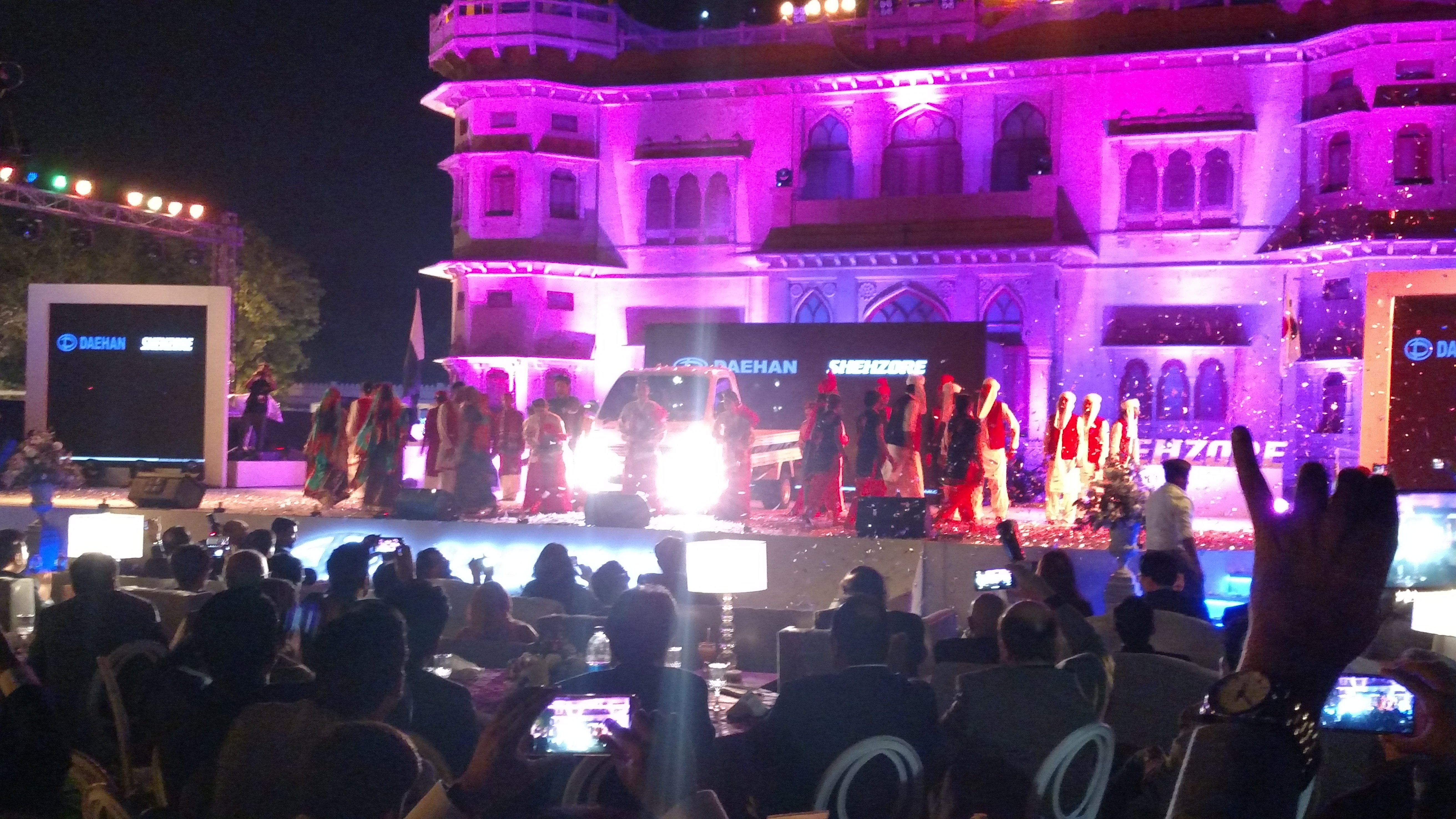 “The pickup does not give a bumpy and jarring experience which makes it remarkable and gives a proof of its superior quality” says Rizwan Ahmed, a Daehan Shehzore customer who owns a packing and loading business in Sahiwal.

The pickup meets the rising demand of durable commercial vehicles in the country due to its reliable and fuel-efficient diesel engine, spacious cabin, storage space and safety features. “Daehan Shehzore” comes with a beautiful exterior design, low-flooring and three-sided droppable deck which delivers maximum loading and un-loading efficiency.

“I have been using the older version of Shehzore truck for many years and now I am excited to drive the new ‘Daehan Shehzore’ to fulfil my business requirements”, said Umair Siddiq, a retail business owner in Bahawalpur. “The new Shehzore has a longer deck and increased loading capacity. Some stand out improvements include power windows, power steering, rear dual wheels, and powerful braking system” he added.

In the last decade, Shehzore was considered a well-known brand in the country and became a household name for commercial vehicles. For Dewan Farooque Motorist was important to relaunch the most favorite Light Commercial Vehicle in Pakistan and give the customers what they want. For this very reason they partnered with Kolao Group, a South Korean automobile company and brought Shehzore back in the market.
– PR