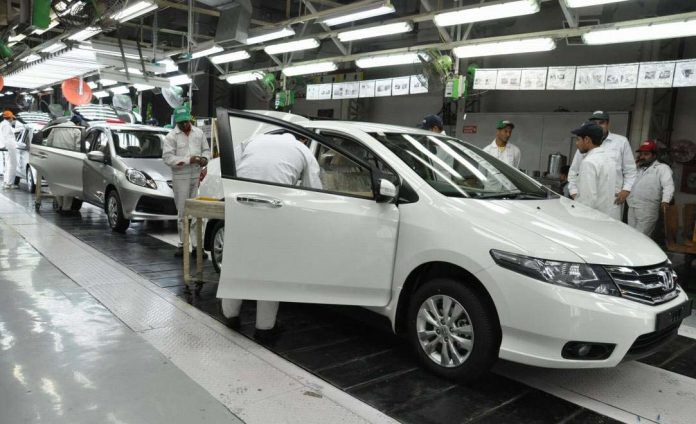 Industry analysts believe that the auto sales decline is due to the crippling economy, law barring tax non-filers from buying cars and multiple price hikes in the last one year due to rupee devaluation against the US dollar.

Additionally, sequentially, sales have dropped 30 percent MoM primarily due to the high base effect of last month as well as seasonal slow down in the demand of vehicles.

They said that in line with our static auto demand outlook, during 5MFY19, unit sales declined by 4 percent YoY which is first such decline after a period of five years.

Indus Motor Company emerged as top performer amongst its peers, the only company which reported YoY growth in volumes, increased by 2 percent YoY in November 2018. On a sequential basis, volumes fell by 15 percent MoM while for 5MFY19, sales increased 7 percent YoY.

Corolla sales rate increased by 9 percent YoY while sales of Hilux and Fortuner dropped by 46 percent and 15 percent, respectively.

The fall in sales was mainly due to 76 percent lower BR-V sales while sales of City and Civic units on a cumulative basis declined by only 2 percent YoY.

The decline in sales is attributed to 44 percent, 39 percent and 28 percent decline in Mehran, Bolan and Ravi variants, respectively while the only variant to show growth was cultus, up by 13 percent YoY.