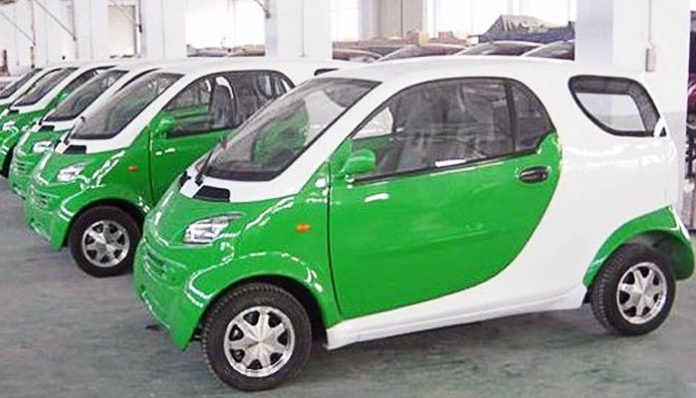 An electrical vehicle commonly known as EV is an automobile that runs on an electrical motor instead of an internal combustion engine. Electrical energy used instead of fossils fuel to provide power to Automobile. The History of the electrical vehicles starts from backdated 18 Century, at that time the vehicle used for only short distance coverage.

Till 1915 it is popular after the ready availability of fossil fuels and the introduction of the IC engine let it be less popular. At that time the biggest drawback is the electrification of the world, charging of batteries, and Range. Only a few metropolitan cities had an infrastructure of electricity. This causes a backlash of charging stations. After the increase of petroleum prices and concern about emission gases by an environmentalist in the mid-1970s paved the way for renewable energy such as Solar, Wind, Hydropower, Geothermal.

Further scientists think for the alternative to Petrol / Diesel power vehicles. At that time 20% to 30% of air pollution is contributed by automobiles, including trucks, car bikes, etc. This let to think for alternative clean energy to zero-emission vehicles such as EV. In order to make EV adoptable, the drawback such as the charging range must be addressed. In the 1980s the introduction of dry battery (Lithium-ion) make the revolution and gives answers to the drawback faced a century agoAlthough in the world modern EV development starts in the mid-1970s which results in commercial production in the mid-2000s. Some of the famous types of EVs are Hybrid Electric Vehicles (HEV), Plug-in Hybrid Electric Vehicle (PHEV), Battery Electric Vehicles (BEV), commonly known as simple EV and Fuel cell electric vehicles (FCEVs). The commercial production of EV depends upon the condition and acceptability of a particular region. For example, in Pakistan, we had seen demand for HEV only because of low operating expenses as compared to conventional cars.

The Government of Pakistan had finalized the electrical vehicle policy for two-wheeler three-wheeler buses and trucks while skipping four-wheeler. It is approved for implementation on 10 June 2020. It aims to bring half a million electric motorcycles and rickshaws, along with more than 100,000 electric cars, buses and trucks, into the transportation system over the next five years. The goal is to have at least 30 percent of all vehicles running on electricity by 2030.

It gives various tax and investment incentives such for potential investors. These benefits were given in light of the fact that Electrical vehicles cost 40% to 60% more than the conventional vehicle. By given incentives, the vehicle will be launched at attractive pricing to make it affordable and acceptability Pakistani market. From policy perspectives, the manufacturing, quality, investment, and pricing incentives were addressed but operational feasibility is neglected somehow consider the current condition of the country such as charging, electrification, and repair/Maintenance, etc.

As per the World Bank survey report, more than 50 million population of Pakistan is without grid-connected electricity. Further despite having an installed capacity of 33,961 MW only 25,300 MW is available to the system. In the peak demand summer period, an acute shortage of electricity is expected over the next few years. Even in the Metropolitan city, Karachi load shedding had been started.

The drawback of battery electrical vehicle or EV is that it required proper infrastructure of electrical charging stations as it can only be powered by and electricity. The two major challenges for EV are 100% grid electrification results in lack of infrastructure all over Pakistan and electricity shortage in peak demand time. Consider a situation when all of the sudden Electricity went off or you are in an area where no charging station is what you would do. In both cases the results are no desirable. Someone might suggest avoiding the remote, but it will cost two cars at a time. Since a dedicated car garage is not available the provision of home charging will not bring fruits. We had seen in the case of CNG the people used Petrol and in case of non-availability of CNG. This won’t be that case in EV as Electrical Vehicle only runs on electricity.

The main challenges for EV disturb the charms are we don’t have 100% grid power electrification in Pakistan, means changing stations not all over the country and, the electricity shortage in peak demand summer season which may lead to abandoning the vehicle at the parking place
According to a report prepared by LUMS a suggestion is being given to utilize complete capacity during off-peak winter season this will help in reducing the cost of electricity by increasing capacitive utilization. But for user prospective challenge is Peak summer season.

Consider the projected EV in the next 5 years and by the year 2030 considering an average of 0.5 KWH per kilometer is consumed electricity additional 4.3 TWH energy is required. It is available on the off-peak period but the challenges remain in demand periods such a summer. Consider the threat we face because of a single source of power we can make it more feasible if we used dual source power vehicle such as PHEV plug-in hybrid electric vehicle instead of going towards battery electrical vehicle at this stage of time. The advantage of PHEV it will be in incase the peak demand period when charging station is not available or you are in a remote area one can used fossil fuel. Although PHEV doesn’t have a range within the city it will be proved optimal.

The success of EV lies in how we handle the threat (week points) of EV such as charging stations, availability of electricity, high charging time, and repair and maintenance. The better we tackle the threat better we will be able to launch a new product. It’s high time to do consider user prospective. It will be more feasible if EV policy is implemented step by step like the world did in last three decades we will be more successful else we face the same problem as we are facing for problem CNG. If it occurs people become reluctant to get new technology.