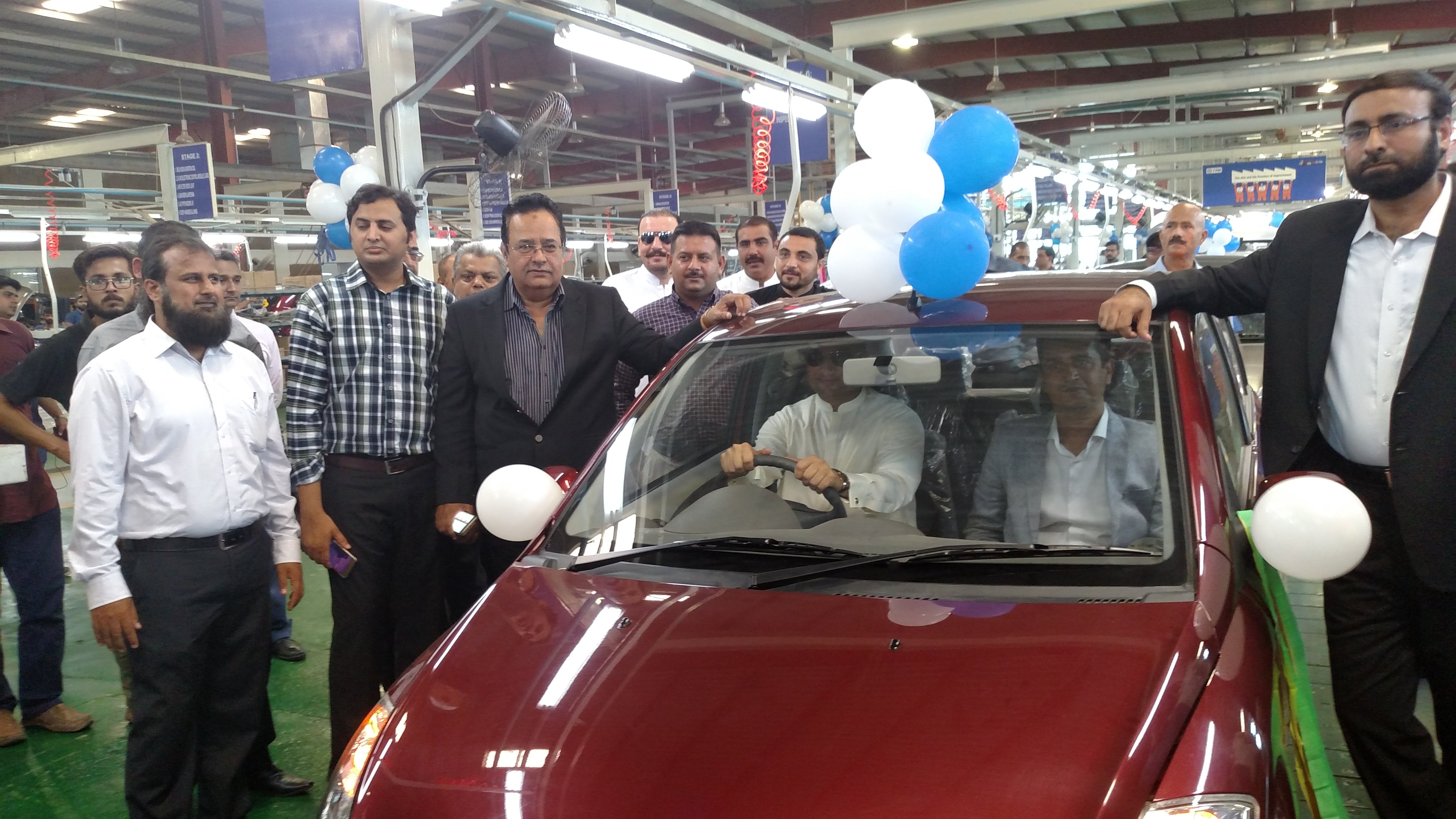 FAW announced the launch of local assembly of their passenger car, FAW V2, in an event held on 12th August, 2017 in Karachi

FAW V2 is the first Chinese passenger car to be assembled in Pakistan. The Managing Director of the company, Mr. Bilal Afridi hosted the event, which was attended by all of their nationwide dealers and vendors.

He talked about the commitment of his company to continuous advancement in technology, premium 3S customer service and dealership network, in all major cities of Pakistan in addition to 3 years/60,000km warranty.

FAW claims that their local assembly will help them serve its customers better and give them quality assurance of the vehicles. The company aims to increase their production to 15,000 units per annum by year 2020 and introduce new models in Pakistan.

The V2 hatchback with 1300cc engine is currently being imported as Completely Built Unit (CBU). Introduced in our market in 2014, the V2 has gained a satisfactory reputation among the consumers and the demand is steadily on the rise.

The company started its operation here in Pakistan with 7 acres land and now is proud to have an operating land of 27 acres. This shows the commitment of the company & is definitely not among those who come & leave.

“Our vehicles bring another category in the market where we provide luxury features of a car at affordable prices. We are now being recognized for quality, economy and technological brilliance. Our products ranging from heavy vehicles to light vehicles cater every need of our commercial and domestic sector and we are rapidly gaining people’s trust.”

He further stated: “As a result of good response and with encouragement of our customers, we have further invested rupees 1.3 billion in new assembling process and ED paint technology to improve our V2 with local assembly right here in Pakistan.”

A locally assembled V2 would likely mean lower prices compared to the CBU while a lower displacement engine would also ease out buyers in taxation & registration costs.  V2 is probably the most fuel efficient 1.3L car available on Pakistani roads. The current in-city average is about 15-16km, and on highways it reaches 18km in a liter. By end of 2017, Al-Haj FAW expects to produce 500 V2 units a month. We Have further plans to export our right hand drive cars in China and other international markets.

The very first ‘Al-Haj’ companies was launched in 1960 by Late Haji Sakhi Gul at Jumrud Khyber Agency in District Peshawar, with their initial business in trading of Tires, Textiles, electronic goods, Logistics & Leasing. Now company expands its business to Assembling of HCV, LCV & Passenger Vehicles, Import of Passenger vehicles, Real Estate, Oil Exploration & Al-Haj Foundry. The Group is in the process of continuous growth under the able guidance of Mr. Haji Shah Jee Gul Afridi, the Chairman of the Group.

FAW “First Automobile Works” was founded in Changchun on 9 th June 1953 by Chairman Mao Zedong. In 1992, the name “First Automobile Works” was changed to “China FAW Group Corporation”. FAW Group is a global leader in vehicle manufacturing industry with more than 60 year history of innovation. FAW has a state-of-the-art government-certified engineering development and test centre. – PR