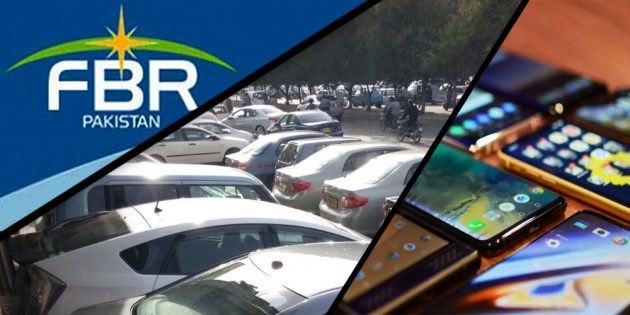 The Federal Board of Revenue (FBR) has moved a summary to the federal cabinet for excluding import of storage batteries, auto parts, tyres and tubes from purview of retail price taxation. This mean that tax would be imposed at import price, not at retail price.

The tax machinery also proposed abolishing of 3 percent value addition tax on the goods specified in the Third Schedule of the Sales Tax Act, 1990 as it resulted to imposition of sales tax at rate of 20 percent instead of standard rate of 17 percent.

The content of official summary moved to the cabinet reads that under the Sales Tax Act, 1990, in general, the supplies of goods are charged to sales tax at a specified percentage of sale value i.e. the consideration in money received by the supplier.

But in case of the goods specified in the Third Schedule of the Sales Tax Act, 1990, sales tax is charged on the basis of retail price to be paid by the end consumer as fixed by the manufacturer. “We have proposed changes to remove anomalies,” said a top official of the FBR, and added that after getting approval of the cabinet, the FBR could issue SRO to make this amendment effective.

According to the summary, the objective is to ensure payment of sales tax onvalue addition carried out at subsequent stages of supply chain at the manufacturing stage.

Through the Finance Act, 2019, the relevant provisions in sections 2 and 3 of the Sales Tax Act were amended to include imported goods in purview of such retail price taxation. The FBR official cited example that if certain product was imported and its retail price stood at Rs100, then the 17 percent sales tax were charged but actually its used to be charged at 20 percent at retail price which did not have any rationale. The auto manufacturers asked the government and FBR to remove anomaly to this effect, said the FBR official.

The imported goods as are not raw materials or intermediary goods and are not subjected to Customs duty at a rate below 16 percent are also subjected to value addition tax at 3 percent under the Twelfth Schedule to the Sales Tax Act, 1990, which is payable in addition to sales tax at standard rate. Since, the objective of both retail price taxation and 3 percent value addition tax is to recover sales tax at import stage that otherwise would have been paid at subsequent stages of supply, the simultaneous application of both provisions creates hardship for the traders/businesses.

Accordingly, it is deemed appropriate that application of 3 percent value addition tax on items in the Third Schedule to the Act may be withdrawn.

Moreover, storage batteries, auto parts and tyres and tubes are also included in the Third Schedule for retail price taxation. However, the supplies of the same as made to the automotive manufacturers or assemblers have been excluded from purview of Third Schedule. No such exclusion is available to these goods as imported by automotive manufacturers or assemblers.

Since such imported goods are also meant for use in vehicles to be manufactured and not for sale to general public, the application of retail price taxation, thereon, is not justified.

In view of the legal position, it is proposed that, (i) S. No. 43 (storage batteries), 44 (tyres and tubes) and 49 (auto parts) of the Third Schedule may be amended to exclude these goods from purview of retail price taxation if imported by automotive manufacturers or assemblers; and ii) the Twelfth Schedule to the Sales Tax Act, 1990, may be amended to provide that value addition tax shall not be charged on the goods specified in the Third Schedule.

Both the amendments can be made by the federal government in exercise of its powers under proviso to clause (a) of sub-section (2) of section 3, and the proviso to sub-section (2) of section 7A of the Sales Tax Act, 1990, respectively. The draft notification duly vetted by the Law Division and approved by the federal cabinet is solicited to the proposal, the FBR said.