Five-year tariff for import of two-wheeler, three-wheeler notified The government has notified five-year tariff for import of two-wheeler and three-wheeler vehicles under which a uniform Completely Built Unit (CBU) rate of50 percent has been fixed for the two and three wheeler automotive segment to rationalize the tariff structure and to prevent mis-declaration.According to Automotive Development Policy 2016-2021 released by ministry of industries, the duty rate for non-localized components for the assembly of vehicles has also been rationalized for the entire segment and fixed at 15 percent to prevent mis-declaration. It further said that the duty structure under SRO655(I)/2006 pertaining to concessionary inputs available to auto parts manufacturers is being rationalized to eliminate mis-declaration among sub-components and components. Further zero-rated tariff slab has been replaced with one percent in line with overall government policy, the policy said. 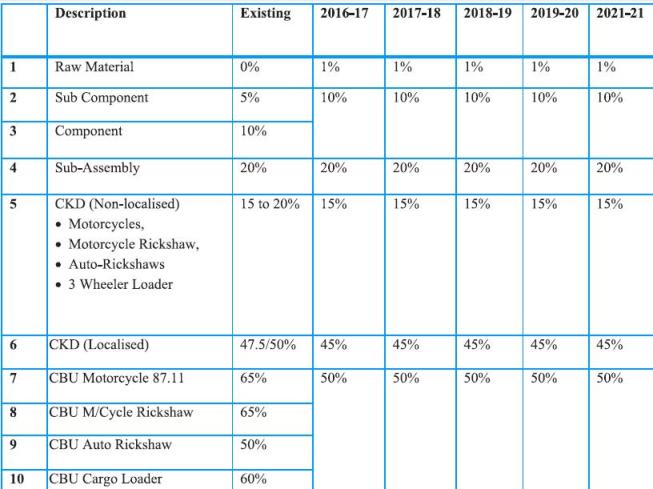 Changan will no longer produce non-networked vehicles by 2020