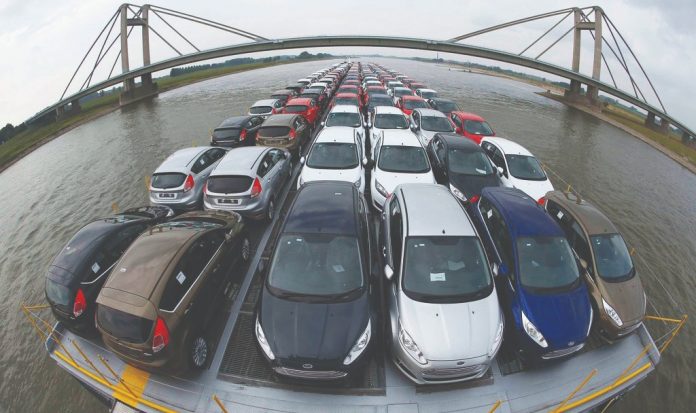 Many assemblers of four wheelers see second half of FY20 almost similar to IHFY20 despite some improvement in sales in January 2,020 compared to December 2,019 as buyers lifted bikes and other vehicles due to change of model year.

Import of semi and completely knocked down kits by the local assemblers of cars, bikes and heavy vehicles had also become positive in January 2,020 to $57 million from $12 million in December 2,019 but the January 2,020 figure is still far lower than $90 million recorded in January 2,019 which is alarming.

The overall semi and completely knocked down kits during 7MFY20 plunged by 45.5 per cent to $417 million. Out of this total figure, import of kits and accessories for heavy vehicles, motor cars and motor cycles came down by 47 per cent, 46 per cent and 34 per cent to $115 million, $261 million and $41 million in 7MFY20, figures of Pakistan Bureau of Statistics (PBS) stated.

The auto market especially car segment is struggling from the impact of federal excise duty ranging from 2.5pc to 7.5pc on car engines of different horsepower, additional customs duty of seven per cent on raw material imports, additional sales tax of three per cent on import of CKD kits and raw material, record high interest rates and strict vigilance by the Federal Board of Revenue (FBR).

Buyers still lack confidence in buying automobiles with free mind. People usually resume vehicle purchase from January or February after suspending it from November to December owing to model change but this change may witness increase in month to month sales rather year on year improvement.

Perhaps brown field and green field investors are more worried as their over one billion investment under Auto Development Policy 2,016-2,021 is now at stake because of economic slowdown and depressed vehicle demand.

Al-Futtaim Renault and Ghandhara Nissan Datsun investment plans have hit the rocks due to various reasons and they are unlikely to roll out vehicles in Pakistan.

Another key point here is that the Auto Development Policy 2,016-2,021 is going to end in 2,021 and those Greenfield companies, who had yet to start their operations or facing some kind of delay in materializing their projects, may face serious problems in getting incentives and tax benefits. As a result, they have to pull back their investment plans or wait for new policy.

It is interesting to note that some new entrants like Chinese and Korean, who had dared to take plunge in volatile Pakistan’s auto market, are not ready to share their sales numbers since they started rolling out their vehicles. They have kept sales figures as a big secret as they fear losing fresh customers in case they reveal low sales numbers.

When asked over the sales prospects of new cars by Korean and Chinese car assemblers in second half of 2,019-2,020 by the new entrants, an assembler said this may create excitement for new buyers and may post a growth of five per cent. He added the auto market still lacks new buyers in big volumes.

It is true that some buyers of Toyota Fortuner, Revo, Hilux and Honda Civic had switched over to Kia Sportage because of massive price difference but Kia Picanto is facing problems due to its high prices otherwise its lower price can give a big challenge to Suzuki 1,000 vehicles like WagonR and Cultus.

In an uncertain economic situation, current investors are a bit shy in making any further expansion. “All eyes of current and new entrants are on new budget and this will really be a test case for the government,” the assembler said adding that the current revenue shortfall of over Rs 400 billion also signals for a possible mini budget to cover up revenue target.

The issue of filer and non filer had also affected the sales of four vehicles mainly.

While remembering 2,019 as the year of job losses especially in the vending industries, the assembler said that at least “40-50 per cent of people had become jobless in 2,019 due to up 72 per cent drop in car sales.” Tractor industry had suffered the most due to growers/farmers reluctant towards tractor buying in view of failure of cash crops like cotton and rice and high input costs triggered by high fertilizer prices.

He hoped that Rabi crops in Sindh and Balochistan may jack up tractor sales from February but the overall tractor sales in FY20 may remain 30-40 per cent flat compared to FY19.

Amid economic slowdown and high taxes and duties, many new entrants are determined to test more vehicles by importing completely built up units before they start their local assembly depending on the market response.

Honda is looking forward for bringing Honda City which is due now as the company had not changed its model since 2,009. Hyundai Nishat is also planning to launch new vehicles, while Sazgar Engineering Works also plans to launch new cars which in the last week of January had introduced country’s first fully electric three wheeler vehicle.

Adviser to PM on Climate Change Malik Amin Aslam said there were four main benefits of the EV policy as these vehicles would run on 70 per cent less cost compared to its fuel-based counterpart.

From low running costs to being environment-friendly, introduction of electric vehicles in the country would also help cut oil import bill, yield countless benefits for environment, people’s overall lifestyle and the way our cities look, the adviser added.

He said efforts were being made for localisation of EV manufacturing, enabling Pakistan to become part of the global value chain of electric vehicles.

He said the EV policy and economic incentives would also be extended to the auto manufacturing sector to produce electric vehicles locally.

Emission of climate change-causing carbon dioxide from traditional vehicles contributes to greenhouse gases in the atmosphere and accelerates climate change and overall environmental degradation and cause health problems.

In the third week of February, Crown Group had unveiled a series of electric vehicles which would be built at Rs two billion 26 acre plant at Port Qasim. The price ranges from Rs 55,000 to Rs 400,000.

The company, with installed capacity of 120,000 units per year, claims that two and three wheelers will enable users to drive one km in only Rs 1.25.

Here the Japanese car assemblers, who roll out fossil fuel vehicles, must be worried as they are tight lipped over electric vehicles.

In case Chinese assemblers bring in electric vehicles and infrastructure for charging improves, then the existing Japanese assemblers will have to strive hard to overcome the challenge of Chinese four wheelers.

The existing assemblers will have to wait for the green signal from their Japanese investors as it is still not clear what plans they have for electric vehicles.

However, there have been no serious discussions over the availability of infrastructure for electric vehicles.

It seems that the Science Ministry has been trying hard to take the lead from the Ministry of Industries and Production in handling the electric vehicle issue.

Whether fossil fuel vehicles or electric vehicles, it is now high time that the government should form an authority to check the quality of vehicles so that locally produced vehicles should come at par with imported vehicles.

The National Assembly Standing Committee on Industries and Production had raised concerns over high prices and low quality of locally produced vehicles but surprisingly the Committee after visiting Pak Suzuki and Indus Motor Company, had returned satisfied after the senior management of these two companies gave various reasons on these two issues.

Pak Suzuki informed the Committee that the Auto Policy 2,016-2,021 had authorized Engineering Development Board (EDB) for developing automobile standards as per UN WP 29 regulations. The auto industry often received meeting notices from the Pakistan Standard Quality Control Authority (PSQCA) regarding making their own standards. It is very bothersome for the industry with a point in question who they are appropriately answerable to EDB or PSQCA.

Pak Suzuki urged the Standing Committee to look into this important subject.

The company urged the government to remove taxes and duties and the State Bank should cut interest rates.