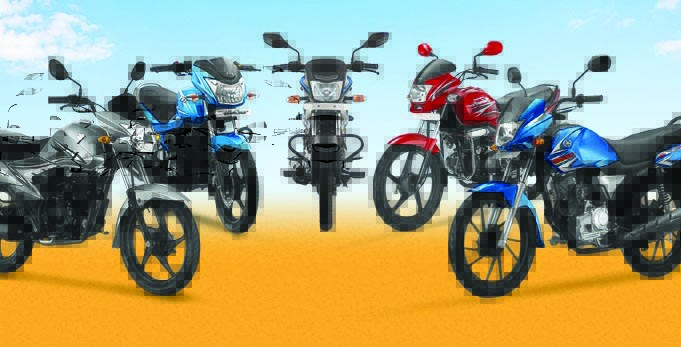 It seems that the policy on the import of used cars now needs a change as the government is yet to realize that new vehicles’ imports have taken over the used car imports.
Gone are the days when used cars used to dominate the official data of completely built up vehicles. Since the announcement of incentives under Auto Policy 2016-2021, the import data has been flooded with the imports of new cars and other vehicles in the last two years.
New entrants were allowed to bring 100 units of each new model which they planned to introduce in Pakistan under new auto policy but the policy incentives were grossly misused by some new entrants by bringing huge volumes to cash on huge demand especially jeeps and SUVs.
As a result the import data of overall cars swelled by 68 per cent in 7MFY22 to $196 million from $116.6 million in the same period last fiscal.
However, the import bill for completely and semi knocked down (CKD/SKD) kits in 7MFY22 is far higher than CBU imports. Import of CKD/SKD kits rose by 105 per cent to $960 million from $468 million in the same period last fiscal.
Imports of parts and accessories will continue to show rapid growth as assemblers have been holding back huge orders which will keep their plants’ production capacity in full swing in upcoming months thanks to arrival of new models of Honda City in August 2021, Honda Civic in March and Suzuki Swift in March followed by huge bookings in hands.
However, curbs on auto financing by the banks and increase in prices after imposition of federal excise duty (FED) may keep demand a bit depressed in coming months. Auto financing ending January 31, 2022 came down to Rs 352 billion showing 0.4 per cent drop month on month as against 34 per cent rise year on year.
The stock of auto financing plunged after continuous increase since July 2020, an analyst at Arif Habib Limited said.
The strict rules and regulations on used car imports announced a few years back had, however, succeeded in curbing the imports but the pressure on foreign exchange reserves was taken over by massive imports of new vehicles by the new entrants.
Imported used cars brought by overseas Pakistanis through proceeding realization certificate (PRC). The overseas Pakistanis give proof that they have been staying for the last over six months in the foreign country. The resident Pakistanis remit the amount in the account of blood relative to pay taxes and duties of the imported cars which has been sent to the government’s revenue department.
Market sources said that if the overseas Pakistanis do not transfer more than two billion dollars every month then the big five assemblers in Pakistan cannot make cars as they are dependent on the arrival of dollars from overseas Pakistanis as it is a major source of foreign exchange to run their families. However, the industry utilizes this dollar by taking loans from the banks which are being sent by the overseas Pakistanis.
A bottleneck is being created as the government and the customs departments are creating hurdles in clearance of used cars and vehicles. In case the influx of dollars from the overseas Pakistanis face any suspension, then the entire chain of local assembly will collapse, said Mohammad Sabir Shaikh, the auto industry expert, chairman APMA and chief coordinator Pakistan Japanese Used Cars Importers Council (PJCIC) through PRC.
He said the government should now think about the policy of used car imports as new as well as old assemblers had imported sizable volumes of new vehicles to test the market and luckily they received a good response.
However, to keep the competition alive, the government should consider relaxing rules and regulations for the import of used small cars of 660cc especially as the consumers had lost a wide range of choice in small cars after massive slowdown in their imports as compared to three to four years back.
Coming on two wheelers, he said Yamaha Motorcycle Pakistan Limited has come out with the first increase in prices of their models in 2022 by Rs 11,000-12,000 effective from the second week of February 2022.
He feared more price shocks in two wheelers in the short run as assemblers would offset the impact of high input costs followed by rupee depreciation against the dollar that had increased the landed cost of imported raw materials.
Sabir said more assemblers are likely to follow the suit as soaring cost of production has already caused alarm bells for them.
He attributed price hike in bikes to weakening rupee against the dollar, rising plastic and steel prices and record high freight charges, energy cost etc.
Data of Pakistan Automotive Manufacturers Association (PAMA) shows impressive bike sales from 2016 to 2018, which fell in 2019 followed by a further drop in 2020 due to closure of markets and industries. However, buyers returned to the markets in FY21.

As per data of Large Scale Manufacturing (LSM), overall bike production in July-December 2021-2022 fell by 4.4 per cent to 1.189 million units as compared to 1.243 million units in the same period last fiscal.

Sabir said recently Honda, Suzuki and Yamaha have increased their market share against cheap Chinese two wheelers. The segment has seen growth during the last 20 years, growing from 86,000 units in the financial year 2000-2001 to 1.9 million in the financial year 2021, numbers quoted by PAMA members. The government officials have put the total bike sales at 2.6 million in FY2021.

He said PAMA data does not reflect a clear picture of bike sales due to a limited number of members including some Chinese bike assemblers.

Sabir was a bit angry in saying that a number of low income group people are unable now to own a bike due to the meteoric price hike in Chinese bikes as they cannot afford at a time when a sharp jump in food inflation and utility bills have restricted them to easily purchase a two wheeler.

On the contrary, he said sales of costly Honda, Suzuki, and Yamaha have been showing rising trend from the last year, taking their market share up to 65 per cent as against 35 per cent share of low cost Chinese bikes.

People, who previously opted for four-wheel, have been forced to go for a two-wheel owing to surging car and fuel prices, APMA chief said, claiming that even the people with cars buy motorcycles to save their fuel consumption.

Branded companies with the help of banks have started selling their bikes on zero per cent market for a particular period. Suzuki had already been offering financing facilities at very good prices and zero percent mark up through their own outlets.
Amid high petroleum prices, Sabir said booking of new cars has been going strong as lack of an effective public transport and rail systems will keep cars’ demand upbeat.

He said bikes can still be termed as the best option at a time when fuel prices are likely to further creep up amid increasing crude oil prices in view of the intense war between Russia and Ukraine.

“In absence of reliable public transport, I don’t see car demand would even budge, no matter where the fuel cost goes,” said Sabir. “People would always need to travel for work notwithstanding the price of petrol.”
He said any further jump in petrol and diesel prices are unlikely to have a negative impact on car sales since people do not have any instant options like electric vehicles and efficient public transport systems.
Higher fuel cost wouldn’t impact auto sales as the current volumetric growth was mainly driven by rural and corporate clientele.
“The consumer base perceives high fuel cost as a temporary phenomenon, whereas automobiles are considered to be a moving asset,” he said.
“We can expect a shift within segments as consumers may move down from higher to lower ones, but overall demand is highly likely to remain intact,” Sabir said.

Sabir was of the view that high fuel cost has forced a number of motorists to become bikers.
“Car owners are buying motorcycles to cushion the fuel price shock,” he said and claimed as a result the sales of Japanese motorcycles recorded a notable increase.

However, rising fuel, food, and overall inflation weighed on the demand for cheap Chinese bikes.
“We are seeing sales of Chinese motorcycles dropping and many bike makers are on the verge of shutting down their operations,” he said.
Sabir said the government must come out with some incentives for the Chinese bike assemblers as many of them have been struggling for their survival owing to continuous drop in their sales.

He urged the government to provide some duty and tax incentives to the low cost bike buyers who are now unable to purchase two wheelers after finding difficulties in meeting their food and utility budgets. At least, some incentives would help them cut down the transportation expenses which they have been paying in public transports where fares have also gone up.