The news on the block is that Honda BR-V mmc is going to be launched in Pakistan next month. It was launched at the 27th Telkomsel Indonesia International Motor Show on 25 April 2019.

As per our market sources it has only a few minor model changes which include grill change, armrest, lights for interior buttons.

The luxury comfort car Honda BRV is a crossover SUV that has been manufactured by Honda since 2016. It offers its drivers an SUV stance and MPV practicality and following that the name BR-V stands for ‘Bold Runabout Vehicle’. Honda says that it is the perfect car for the urban-clientele but not for rough road travels it fits perfectly into the segment where drivers sought after off-road prowess in luxury. It is sold in the auto markets ofIndia, Indonesia, Malaysia, Mexico, Nepal, Pakistan, the Philippines, and Thailand.

Honda Atlas first launched its all-new BR-V in Pakistan on 21st April 2017. They were the first locally produced MPV car by the automakers of Pakistan. It is an MPV car which stands for Multi-purpose vehicle which is a seven-seater.  The company launched this vehicle in three different variants; BR-V i-VTEC manual, BR-V i-VTEC auto, and BR-V i-VTEC S auto. The manual variant was launched on 1st April 2018 with a 6-speed manual transmission. Now after 2 years they are expected to launch their variant BR-V MMC, which is quite similar to the previous ones but has a few new amazing features.

True to its name of being a BR-V in appearance it is Honda’s macho subcompact SUV. However, there is not much difference in the Honda BR-V 2019 as compared to its older models. The BR-V retains its rationalized SUV silhouette and proportions that were there when they started. However, what’s new is their front grille which features a pair of chrome strips that go perfectly with the dominating upper portion with a large Honda badge. On the 1.5 V CVT variant, this component is flanked by a pair of headlights that now feature LED daytime running lights, though halogen headlights and fog lights are retained across the lineup.

The frontal and rear bumpers have been modernized and it now runs on new 16-inch alloy wheels that go well along with its 201mm of ground clearance. All units get roof rails, while the 1.5 V CVT flaunts a new shark fin antenna up top. It is available in Lunar Silver Metallic, Taffeta White, Crystal Black Pearl, Urban Titanium, and Sporty Blue colors.

When it comes to the interior, Honda BR-V features are modern and elegant. The dashboard its instrument cluster houses a speedometer, a tachometer, and a multi-info screen with an integrated temp gauge and fuel gauge.

All variants get a large seven-inch touchscreen infotainment system that now features Apple CarPlay and Android Auto. For added comfort, rear air conditioning with independent controls come as standard. It’s generous 2,662 mm wheelbase allows adequate room for all seven passengers. Being a family vehicle, it is peppered with storage pockets and drink holders. When it comes to luggage space, the BR-V has a cargo volume of 223 liters, this can be increased to 521 liters with the third row folded and tumbled forward.

It has no changes and most of the mechanical features are the same as the previous model. It is powered by a 4 cylinder SOHC 16 valves iVTEC engine which has a displacement of 1498cc. It is a petrol car that has a fuel tank with a capacity of 42 liters and gives out an average of approximately 16-17 km/L. Wheel size is 16 Inches however you can also install higher size tires within the company’s recommended size.

Some of the main competitors of the Honda Br-V 2019 are Honda Vezel, Honda HR-V, and Suzuki Vitara. The most economical price Honda BR V 2019 model is the BR V i-VTEC Manual at PKR 2,767,000 and the most expensive model is the BR V i-VTEC S at PKR 3,117,000. The most attractive feature of the car is that it is a seven-seater whereas all other cars in the urban SUV segment.

The car is expected to hit the markets in a month and is quite the buy for luxury car lovers but will it be worth the cost for the consumers? 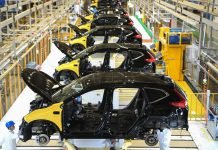 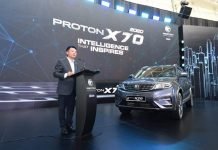 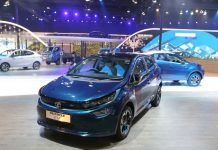 Still at Zero point after 70 years