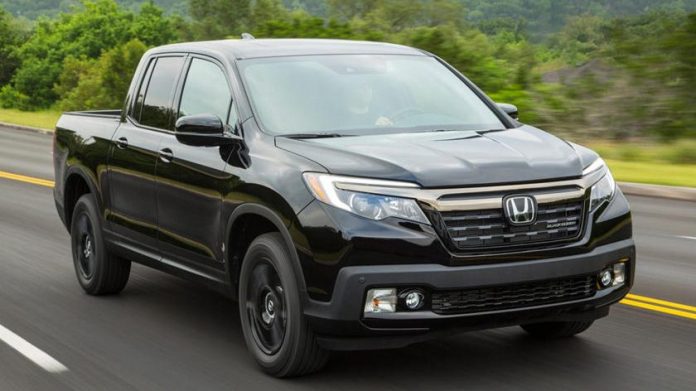 The second-generation Honda Ridgeline midsize pickup truck hit the market for the 2017 model year and has since received high praise from the media and public alike. Unlike conventional pickup trucks, the Ridgeline, like its predecessor, does not ride on a traditional body-on-frame chassis but rather a unibody frame, the same setup, though modified as the front-wheel-drive Pilot crossover.

Honda, however, gave the latest Ridgeline all-wheel drive with a fully independent suspension. Not all truck buyers require serious off-roading capabilities, but rather a more fuel-efficient vehicle that can haul stuff around town. The Ridgeline does the job and, according to Digital Trends, a major update might be due in the very near future.

Apparently, a Honda dealership in Louisiana, USA has revealed the crossover-based truck will enter the 2020 model year with some significant updates for its expected mid-life update.

Aside from a restyled front grille, the most interesting change will be under the hood: a hybrid option. The dealership, Honda of Covington, wrote on its website (it has since been removed as of this writing) that the 2020 Ridgeline will offer a 2.0-liter four-cylinder engine connected to a pair of electric motors. No technical specifications were listed.

However, this appears to be the same setup found on both the CR-V and Accord hybrid models. If so, expect around 212 horsepower, at the very least. Currently, the Ridgeline’s naturally aspirated 3.5-liter V6 is good for 280 hp. Other 2020 Ridgeline update the dealership noted include a restyled instrument cluster and some infotainment system improvements.