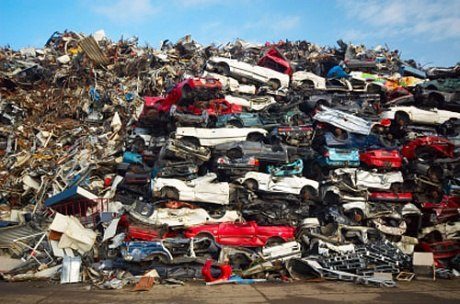 It appears the death of the internal combustion engine is finally happening. The only question now is ‘when’, not ‘if’.

Why has this moved so quickly from the possible to the inevitable? Because the question marks surrounding cost, range and charging have all now been answered. Battery costs are plummeting, and Bloomberg New Energy Finance predict that electric vehicles (EVs) will be cheaper than petrol cars by 2022. A Nissan Leaf can already receive a 80% charge in 30 minutes, and that will only improve. There are electric buses that have achieved 600 miles on a single charge. ‘Range anxiety’ will soon be a quaint historical term.

Americans bought more electric vehicles in September than any other month this year. According to Inside EV’s monthly sales report, 21,325 battery EVs and plug-in hybrid EVs found homes last month. That’s 20 percent more than this time last year and the second highest number ever. 2017 looks like it will be a record year; a total of 159,614 EVs were sold, a figure that should easily be eclipsed by the end of October.

BMW has already said it will electrify its entire range, as has Volvo. Volkswagen plans to introduce 20 new all-electric cars by 2020, with a manufacturing plan capable of building “2 to 3 million all-electric cars a year by 2025”. Norway and Holland have declared intentions to ban emissions-producing vehicles by 2025, and in October Germany’s Bundesrat passed a resolution to ban the internal combustion engine starting in 2030. India’s Road Minister also recently announced an ambition for the country to become a “100 percent electric nation” by 2030.

Britain’s plans match a similar pledge made this month by France, and are part of a growing global push to curb emissions and fight climate change by promoting electric cars. Carmakers are also adjusting, with Volvo notably saying recently that it would phase out the internal combustion engine in the coming years and BMW deciding to build an electric version of its popular Mini car in Britain.

Once customers have the right range and price, and they can charge at home so they never need to go to a petrol station again, why would they will buy a petrol car? In order to meet air quality targets, every city could go electric for public transport within the next ten years. For car companies it means the biggest disruption since the internal combustion engine itself. There will be a reshuffling of the pack in terms of winners and losers, but it’s a transition that’s definitely achievable. Infrastructure also needs to keep up with, or ideally stay ahead of, demand. The entire market for land transport will switch to electrification, leading to a collapse of oil prices and the demise of the petroleum industry as we have known it for a century.

Surprisingly the market leaders in electric car segments are having no long historical background of automobile industry. They are relatively new entrants in the world of automobiles. The BYD Auto from China is top selling plug in electric car manufacturers. It is also very amazing in the global history that China is leading this ultra high technological segment, American, European, and Japanese are runners up and behind China. The number one company in electric vehicles is BYD China and number two is Tesla U.S.A.

BYD Auto Co., Ltd. is a Chinese automobile manufacturer based in Xi’an, Shaanxi Province, and a wholly owned subsidiary of BYD Company. It was founded in 2003, following BYD company’s acquisition of Tsinchuan Automobile Company in 2002. Its principal activity is the design, development, manufacture and distribution of passenger cars, buses, forklifts, rechargeable batteries and trucks sold under the BYD brand. It also has a 50:50 joint venture with Daimler AG, Shenzhen BYD Daimler New Technology Co., Ltd., which develops and manufactures luxury electric cars sold under the Denza brand.

BYD Auto sold a total of 506,189 passenger cars in China in 2013, making it the tenth-largest selling brand and the largest selling Chinese brand. In 2015, BYD Auto was the best selling global electric vehicle brand, ahead of Luxgen. For a second year running, BYD was the world’s top selling plug-in electric car manufacturer with over 100,000 units delivered in 2016. In October 2016, BYD Auto became the all-time largest global plug-in car manufacturer.

In 2008, BYD Auto began selling its first mass-produced, plug-in hybrid vehicle, the BYD F3DM. China subsidizes oil (an incentive for the State to encourage use and manufacture of electric cars), and Chinese automakers see opportunities in less mature electric vehicles because Western companies have yet to develop much of a lead in the technology. In late December 2008, Warren Buffett spent $230 million on the acquisition of a 10% stake in BYD Auto’s parent, BYD Company. In 2009, the company sold 448,400 cars in China, and two-thirds of sales were its BYD F3 model. In the same year, BYD began the export of its cars to Africa, South America, and the Middle East.

Cumulative sales of 250,000 plug-in cars since 2008, BYD ended 2015 as the world’s top selling manufacturer of highway legal light-duty plug-in electric vehicles, with 61,772 passenger vehicles sold, mostly plug-in hybrids. Accounting for heavy-duty vehicles, BYD total sales rises to 69,222 units. BYD continued as the world’s top selling plug-in car manufacturer in 2016 with over 100,000 units sold, up 64% from 2015. BYD sold more than 100,000 new energy passenger cars in China in 2016. The BYD Tang was the top selling plug-in car in China in 2016 with 31,405 units delivered.
The runner up in electric vehicles segment is Tesla, Inc. (formerly named Tesla Motors). The company was incorporated as Tesla Motors in July 2003 by Martin Eberhard and Marc Tarpenning who financed the company until the Series A round of funding. The founders were influenced to start the company after GM recalled and destroyed all of its EV1electric cars in 2003.

Tesla’s early primary goal was to commercialize electric vehicles, starting with a premium sports car aimed at early adopters and then moving as rapidly as possible into more mainstream vehicles, including sedans and affordable compacts for the mass market. Now the company renamed as Tesla Inc., registered as an American automaker, energy storage company, and solar panel manufacturer based in Palo Alto, California. The company specializes in electric cars, lithium-ion battery energy storage, and, through their SolarCity subsidiary, residential solar panels.

Tesla first gained widespread attention following production of the Roadster, the first mass-produced electric sports car, in February 2008. The company’s second vehicle, the Model S, an electric luxury sedan, debuted in June 2012 and is built at the Tesla Factory in California. The Model S has been the world’s best-selling plug-in electric car for two years in a row, 2015 and 2016. Its global sales achieved the 150,000 unit milestone in November 2016, four years and five months after its introduction. As of December 2016, the Model S ranks as the world’s all-time second best-selling plug-in after the Nissan Leaf. The Model S was then followed in September 2015 by the Model X, a crossover SUV. Tesla’s fourth vehicle that is designed for the mass-market is the Model 3, which was unveiled in March 2016 and its production started in July 2017 with a base price of US$35,000, before any government incentives.

Tesla global sales passed the 200,000 unit milestone in March 2017, making the carmaker the second largest global pure electric car manufacturer. For two years running, 2015 and 2016, Tesla ranked as the world’s second best selling manufacturer of plug-in electric cars after BYD Auto. Musk, the CEO, has said that he envisions Tesla as a technology company and independent automaker, aimed at eventually offering electric cars at prices affordable to the average consumer.

Tesla is named after a Serbian electrical engineer and physicist, Nikola Tesla. The Tesla Roadster uses an AC motor descended directly from Nikola Tesla’s original 1882 design. The Roadster, the company’s first vehicle, was the first production automobile to use lithium-ion battery cells and the first production EV with a range greater than 200 mi (320 km) per charge. Between 2008 and March 2012, Tesla sold more than 2,250 Roadsters in 31 countries. In December 2012, Tesla employed almost 3,000 full-time employees. By December 31, 2015, this number had grown to 13,058 employees, and to over 30,000 (of which 25,000 in US) after acquiring Grohmann and SolarCity in late 2016.

Could electric cars be introduced in Pakistan as well?
Electric cars require charging stations. Unless there are enough charging stations across the country, like petrol pumps, consumers cannot feel comfortable enough to purchase an e-car. With load shedding a norm in the country, the existence of charging stations cannot be enough either.
Even if investment in setting up the infrastructure (perhaps even in greater renewable energy) is made, and consumers can get behind adapting the technology in terms of its unique functioning, there will remain the matter of price. Will the new electric cars that may be introduced meet a price point advantage over traditional cars? It seems unlikely.
However electric cars can bring the import bill down considerably in Pakistan as oil imports continue to overpower the current account. These cars also run on a single electrical motor, not requiring additional costs of oiling and other costs associated to the engine. The long term advantages of electric cars are many, but the investment required for these cars to kick off in the market are significant, both on the part of manufacturers and the government. Will Pakistan see a rise in electric cars over the next five years? Only time will tell.

IMF Warns Of Detrimental Impact On Pakistan's Economy Due To Corona...