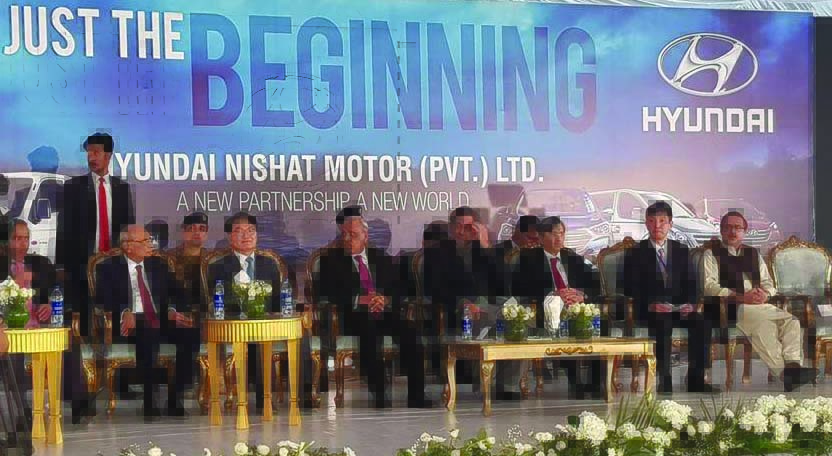 Recently Hyundai has made a lot headlines, everyone is waiting for them to release their vehicles. Our country from a long time has received car models from the typical three Japanese manufacturers (Toyota, Honda and Suzuki) they have been dominating automotive industry in the country from decades and this just might be changing soon, but not as soon as everyone is expecting it to.

It is true many companies have tied up with investors to open up in Pakistan including Kia, Renault  Hyundai and few other Chinese, but till now most progress has been seen to be made by Hyundai. However the production is not to start as soon as people think.

Hyundai with a ground breaking ceremony opened up a vehicle assembly plant in Faisalabad, the joint of Hyundai Nishat Motors project costs around 230$ Million. The plant will initially produce 7000 vehicles in 2020 and is expected to reach up to production of 30,000 vehicles by 2030. From confirm sources Automark got news that right now Hyundai Nishat Motors does not have any feasible way to import vehicles in CBU condition due to RD into the Pakistan, locally assemble vehicles may sales are expected to start in or before 2020.

With increasing hype to new companies coming into Pakistan, other companies are also getting interested into investing for the new ventures. Millat Tractors Limited has recently shown interest for buying stakes in the Hyundai Nishat Motors joint venture. ‘The board of directors’ of the company has approved their request and Millat Tractors Limited can now invest up to 18% in the company.