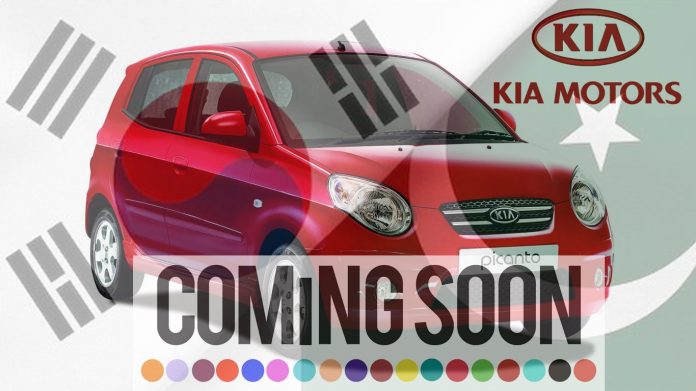 Kia Picanto’s booking which was awaited by the Pakistanis will start next week. The cars, however, would be seen on the roads in November or December most probably as per industry sources.

Kia Picanto was displayed to the Pakistani audience at Pakistan Auto Parts Show (PAPS) 2019. The Kia Picanto is a small city car produced by the South Korean manufacturer since 2004. It is also known as Kia Morning in its homeland South Korea and few other markets.

The Picanto about to be launched in Pakistan happens to be the second generation TA series which was sold in international markets from 2011 to 2017. The variant which will be introduced in Pakistan will be locally assembled, however the percentage of local parts still remain to be unknown.

The second-generation Picanto was a massive dive forwards as compared to the first generation, designed under the supervision of Peter Schreyer who is the former designer at Audi and the current at Hyundai and Kia.

The Picanto making its way in Pakistan is has a 999cc engine with a horsepower of 68hp and has a great fuel economy which happens to be 23-25km/Liter. Moreover, the EURO-6 compliant engine is quick and responsive.

Picanto is going to introduce us to some exciting features. It is an entry-level 5-door hatchback with a wheelbase of 2400mm which provides optimum control over the car

The hatchback comes in 1.0-liter engine mated with a 5-speed manual transmission and a 1-liter engine which is offered under the optional automatic transmission. Although the car comes airbags that are a basic safety feature it won’t have the spear wheel at the back which is quite the need on Pakistani roads.

Studying the features it seems like the car is directed to compete with Suzuki’s Wagon-R and Cultus. With an advantage of its economic fuel offers and an impressive interior and exterior tailoring. It might prove to be just the competition KIA needs to beat the popular Suzuki models

However, the price of the model has not been yet set for end-users and they will be announced with the booking.

Our fair idea is that the price would be around 1.6mn+ and the booking is starting from mid September 2019.

However, the marketing expert opinion says it would be around 1.7mn at the booking (introductory price) and then later 1.9mn after the release. It remains to be a mystery until the company makes the official announcement.

However, the price would determine how serious of a competition Kia Picanto can be in the market. Possible chances are that it would be able to create some serious stress lines for Suzuki in the small car segment.

But alas, only time will tell how Kia’s entry in the market after a decade with Picanto will prove to be.