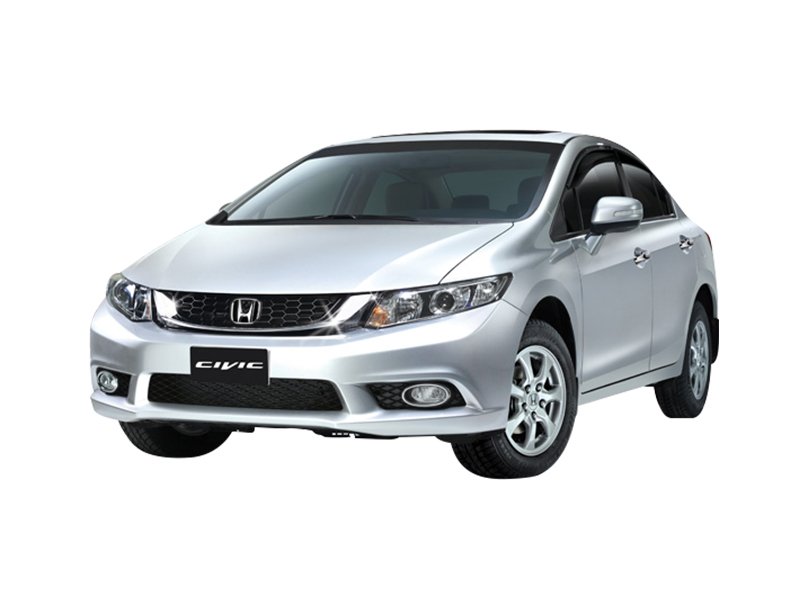 A detailed introduction of the latest features in newly launched Honda Civic along with its tag price in Pakistan, is all that can be read in this article

Honda Civic, for most of the readers, just the name may convey the charm and style that it comes with. For the rest, we would like to introduce this vehicle as the “Dream Car” of every automobile enthusiast in Pakistan. From the tech-savvy interior to the amazingly crafted exterior, this car blows off everyone’s mind whenever the latest model is introduced in the market. The Honda Atlas Cars (Pakistan), in the latest annual report, revealed the highest increase in the sales that amounted to 54% this year within a time span of at just nine months. This boon recorded in the selling percentage is being attributed to two major factors namely the increase in local demand and economical cost of this car.

The latest Honda Civic comes with a bunch of new features, most of them are the refined form of the features from the previous versions of the car yet, many are new and mentioned as below:

The concept of the digital speedometer in sedans being shipped to Pakistan were firstly introduced by Honda in its 2006 Model Honda Civic Car. The latest Honda Civic also inherits the same feature but with much alteration and improvements in the speedometer display case. The display case in front of the pilot seat is divided into three panels that give a bit more explicit and a clear view of the stats of your car. The Honda Connect Multimedia system comes with all new 7-inch multi-touch capacitive touchscreen that gives the driver and the passengers a splendid feeling to control the media buttons, navigate maps freely, and parking the car with much precision with the display of the rear on screen, with the help of a rear camera. The connect to phone feature via Bluetooth is another amazing provision that has ruled out the concept of long/small aux cables that tangles with the gear shaft and with your feet whenever you enter or leave the car. Another cool feature that it comes with is the smoked sunroof glass that gives the interior a more natural look. The leather covered seats add to the elegance and charm to the extent that makes it more attractive and eye-catching.

Whenever we talk about the exterior of Honda Civic, its elegance and charm are quite of its own like and an epitome of its kind. Amongst the models that have been introduced in Honda Civic, the uplift version of Honda Civic 2010 model garnered much appreciation as it came with all extended features and till now, is being considered the car with unmatched streak whose looks are being inherited by every succeeding model. The sharp looks that it exhibits from the front, the cross cut design of steel-enforced grill and the integrated daytime headlights, are enough to dazzle the eyes of the onlookers. The best part is the location of side indicators that distinguishes the design of all new Honda Civic 2016 from its counterparts. The rear bumper is more stylish and has the built in a spoiler with stylish rear lights that imitate the design of a boomerang.

Honda Civic price in Pakistan starts from 2 Million PKR and goes up to 2.35 Million PKR. The Honda Civic Car finance calculators have been added on almost every site in order to calculate the price of Honda Civic cars. The major platforms where you can buy Honda Civic cars in Pakistan are the virtual garages being run online like OLX Cars Islamabad, considering the most cars being searched under Islamabad’s registration number. Keeping the style, elegance, looks, designs and features of this car, it is being considered as the pure blend of perfection and is the most sought after car since its new models are breaking their own sales records.