Dr Mahathir, in his speech, said he hopes the collaboration between Proton Holdings Bhd and Zhejiang Geely Holdings Group (Proton-Geely) collaboration will produce a truly Malaysian car in the future.

“Of course this car is not designed and built by Proton entirely but in order to be fast on the road, you have to cut corners,” he said.

However, Dr Mahathir said Proton should continue to make progress and participate in developing new models. Since partnership with Geely, Proton has made progress including the launch of its first sport utility vehicle, the X70.The model is the first collaboration between Proton and Chinese automaker Geely.

When developing the Proton X70, both Proton and Geely collaborated on multiple levels. From the cross deployment of staff in China and Malaysia, to testing in Malaysia’s hot and humid climate to the collaboration between local and international vendors, the goal was to ensure a product that is perfectly suited to the needs of Malaysian and Asean car buyers.

To prepare for its introduction, Proton embarked on a comprehensive marketing plan to build an unprecedented level of excitement amongst car buyers via on-ground events, the launch of an online booking portal and giving the SUV its public debut at the Kuala Lumpur International Motor Show 2018.

These efforts began in September and were further strengthened by social media campaigns that included a naming contest and numerous teaser videos on Facebook and YouTube.

The Xtra Service Package offers free parts and labour for the first service as well as free labour for five scheduled service appointments within 100,000km or five years.

Training activities for sales and service staff and the launch of the inaugural Proton After Sales Service Competition (PASSC) were part of efforts to ensure everyone had sufficient knowledge of the new vehicle. 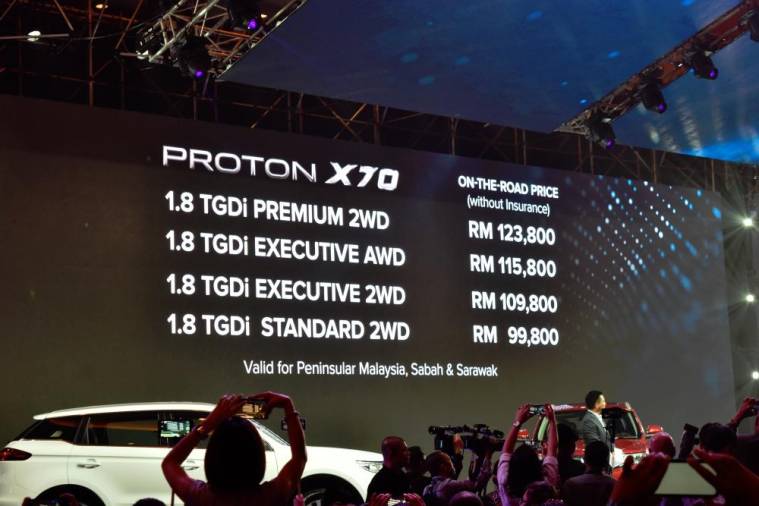 “The Proton X70 is the result of more than one year of hard work by Proton and Geely engineers, designers and hundreds of other people working together to develop the first premium SUV by a Malaysian car manufacturer,” said Proton CEO Li Chunrong.

“Proton is proud of our achievement and it is our belief Malaysian car buyers will be equally proud to own an SUV that will help to transform the Proton brand.

“With over 10,000 bookings, it already has a good start so we will work hard to deliver on our product and brand promise.

A total of four variants have been introduced, which includes the Standard 2WD, Executive 2WD, Executive AWD, and Premium 2WD. All variants of the Proton X70 share a 1.8-litre TGDi turbocharged four-cylinder petrol engine that does 181 hp and 285 Nm. A six-speed automatic transmission is the sole option, routing power to either the front or all four wheels, depending on specification.

So far, the available exterior colour options as we can tell are Flame Red, Snow White, Armour Silver, Jet Grey and Cinnamon Brown. 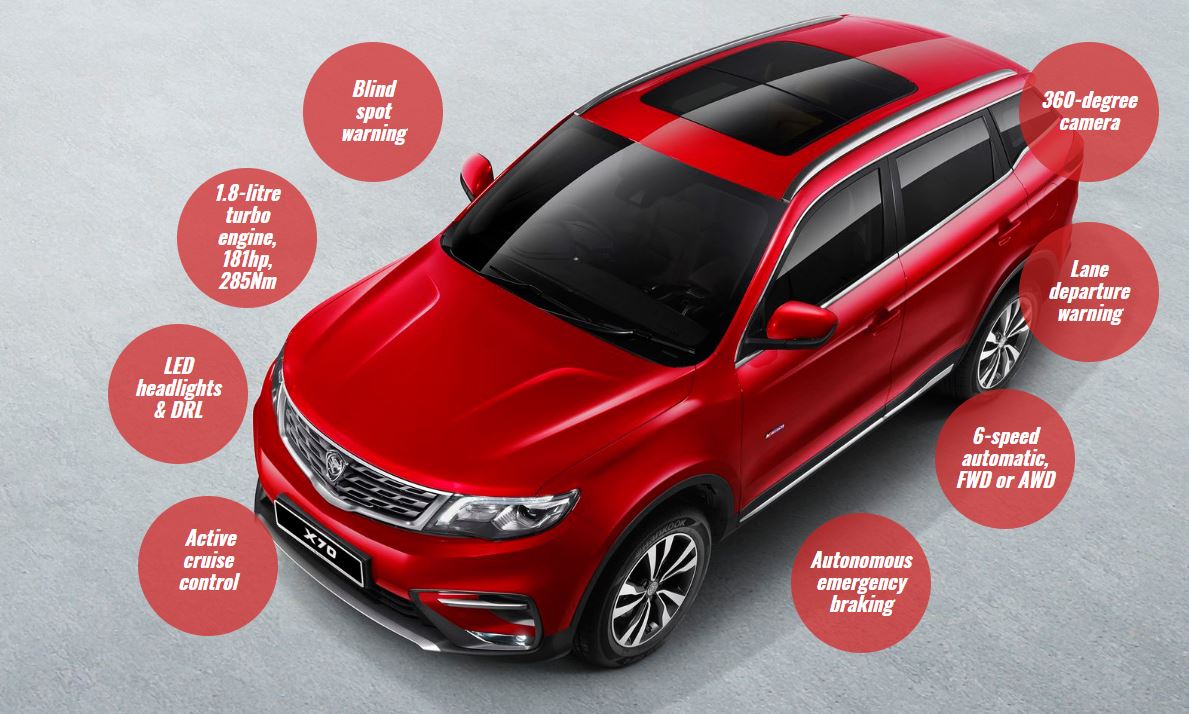