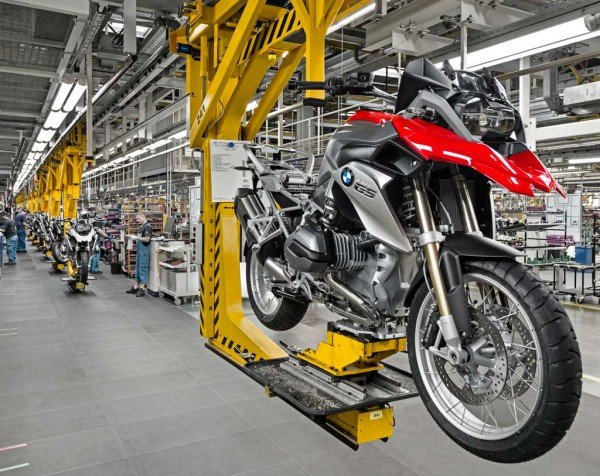 What is motorcycle manufacturing license in Pakistan?

Establishment of factory for motorcycle assembly, engine assembly, painting and testing of final product in one designated place.

A) Approval from Ministry of Industries and Production through its related department – Engineering Development Board (EDB) — for starting production activities.

C) Registration of trade mark/brand name of the products with the IPO/trade market registry, government of Pakistan.

D) Before getting licenses A, B, and C, one needs to get registration with Federal Board of Revenue (FBR) for sales tax and income tax as a manufacturer, importer and distributor/retailer. And if the manufacturer is interested to export, registration is also required for exporter.

After meeting all the above formalities, the manufacturer has to approach the provincial excise and taxation departments for registration of their manufactured products.

For importing bike in CBU condition, any importer or trader or individual can import by paying 65 per cent customs duty and other levies.

If the same assembler tries to import parts on highly discounted rates of duty then he has to follow SRO 655/2006.

Any importer/assembler has to make direct imports for the assembly /manufacture of the said vehicle in compliance to the conditions of the SRO 656/2006.  Regarding this, the EDB is responsible for monitoring the imports and production of the assemblers on regular basis. If assembler violates the conditions of SRO the EDB can cancel or suspend the production certificate and importable quota lists.

Pakistan has been producing around 1.6 million bikes per annum for the last five years in which 80 per cent are 70cc bike like Honda CDI 70cc.

Because of the fact that 70cc bikes hold the major market share a stiff competition exists among the assemblers. Due to intense competition the profit margin of assemblers has almost become negligible. To get profit people try to cover up high cost of production and impact of exchange rate parity by indulging themselves in under invoicing, misdeclaration using commercial channels of imports, etc. In some cases even they evade sales tax.

To improve the marketing and profit of assemblers, they have to make efforts country wide to register their parts and bike sale dealers into the sales tax net.

A brand new concept has to be introduced in Pakistan to educate bike dealers for sales, service, spare parts, aftermarket and guideline to the consumers for getting bike through financing schemes at one shop.

If we implement the organized system at the dealership network nationwide – it will improve the quality of the product and profit will also increase.

Currently, dealers all over the country have become bankrupt followed by  circular debt between assemblers, vendors and dealers. As a result, they are doing their business in deep crisis and rising competition.

A decade back, countrywide bike dealers used to belong from business families but in the last few years a mushroom growth of bike mechanics and people retired from public and private sector organizations have become authorized bike dealers. Due to their lack of experience and market expertise, the marketing system of bike selling has collapsed.

Japanese excel in marketing techniques especially Pak Suzuki Motor Company Limited which can be of great help for the new authorized dealers of Chinese bike assemblers.

Chinese assemblers must realize that instead of boosting their production they must improve their quality of bikes and ensure after market facilities to the bike buyers. By doing this, their profit and business will improve and will get more revenues through low production volumes instead of higher volumes.

In all over Pakistan, rich and elite class have become fond of heavy bikes and after every five to 10 years new generations make their entry in this category.

Import of used bikes have shown tremendous growth in the last two to three years in which 250-1,300cc bikes are being imported of branded companies like Honda, Yamaha, Suzuki, Kawasaki and some European and American brands.

The heavy bikes are more popular in some big cities of Punjab as compared to Karachi where sale volume is slow.

Due to rising number of imports, many people have opened service outlets in Punjab and in Karachi dealing only in heavy bikes. Arriving under various government’s schemes, the prices of bikes of two to three years old start from Rs 500,000 to Rs 2.5 to Rs three million which is certainly not a problem for young lot of elite class of the country.

In total imports the share of used bikes is higher than the brand new heavy bikes. A Japanese bike assembler had sold over 60 units of heavy bikes in the country in the last eight months.

The government is also getting good revenue from the import of heavy bikes and even in some cases cumulative taxes and duties cross Rs one million per bike.

Assemblers are not importing these heavy bikes for any future local assembly in Pakistan due to their very limited customers and exorbitant prices. 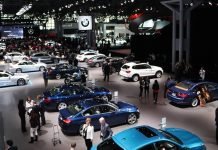 Newyork Auto Show Postponed Until August Due To Coronovirus 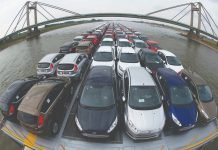 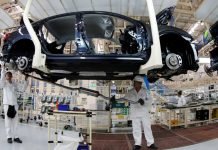 Honda To Shut Down Its Production Facility In Philippines

6 Simple steps to buy BitCoin, Ethereum or any other alt-coin...