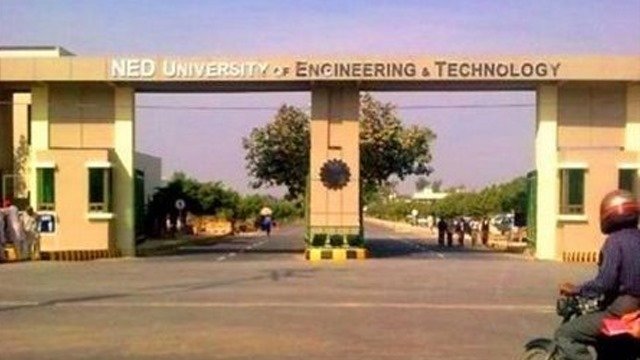 DUBAI:One of Pakistan’s top engineering universities NED University has launched a Dh110 million plan to open a campus in Dubai next year.

Established in 1922, NED University – which takes the initials of its founder, philanthropist Nadirshaw Eduljee Dinshaw – is one of the oldest higher education institutions in Pakistan.

But Muhammad Afzal Haque, the vice chancellor, said before the university can begin its UAE project, it needs financial support.

“NED University would like to establish a campus in Dubai along with other internationally renowned universities. We feel obliged to serve the Pakistani expatriate community living in the Middle East, as well as local students, at an affordable cost,” he said.

“I am expecting that the Pakistani mission in the UAE will help us lobby with our government to fund the project and also request the UAE Government to support our project,” he said, adding that a good-quality campus required at least Dh110 million to start operations.

Until it is built, Dr Afzal said NED University in Pakistan reserved places for students from overseas.

“For the last two years we have been informing Pakistani missions in the Middle East about the self-finance scheme.

“The prospective candidates can apply for the sponsor seats directly or through the higher education commission,” he said.

The Pakistani expatriate community welcomed the news that NED University was preparing to open here.

“We certainly need Pakistani universities in Dubai,” said Dr Faisel Ikram, a consultant in laparoscopic and gastrointestinal surgery, who has a 15-year-old son.

“Hopefully they will cater to the demands of Pakistani students who are born and raised in the UAE, as it is very difficult for them to live in Pakistan for higher studies.

“Also, they cannot afford to go to western countries for a university degree.”

Ehtisham Uddin Iftekhar graduated from NED University in 1990 and now works as a senior engineer for the Abu Dhabi Water and Electricity Authority.

He said that it would be a blessing for expatriates if the quality of education he received at the university was available in Dubai.

“Pakistani families who have lived here for quite a long time are uncomfortable when their children go to Pakistan for higher education. These kids are not familiar with the living conditions of Pakistan and the security situation back home always makes parents apprehensive,” he said.

Dr Jawaid Laghari is the former director of Shaheed Zulfikar Ali Bhutto Institute of Science and Technology university in Dubai, the only Pakistani university in the country.

He said that there was definitely a need for a good engineering school in the UAE.

“NED will be successful and will be able to compete with other schools, but only if they recruit a quality faculty and invest in state-of-the-art laboratory equipment,” he said.

“If the fees are affordable, to cater to the lower middle class, then it will be beneficial to the Pakistani community,” said Dr Laghari, who was also the chairman of the higher education commission of Pakistan.

If it is built, NED University will be the second Pakistani university, and the first engineering university, to be located in the UAE.