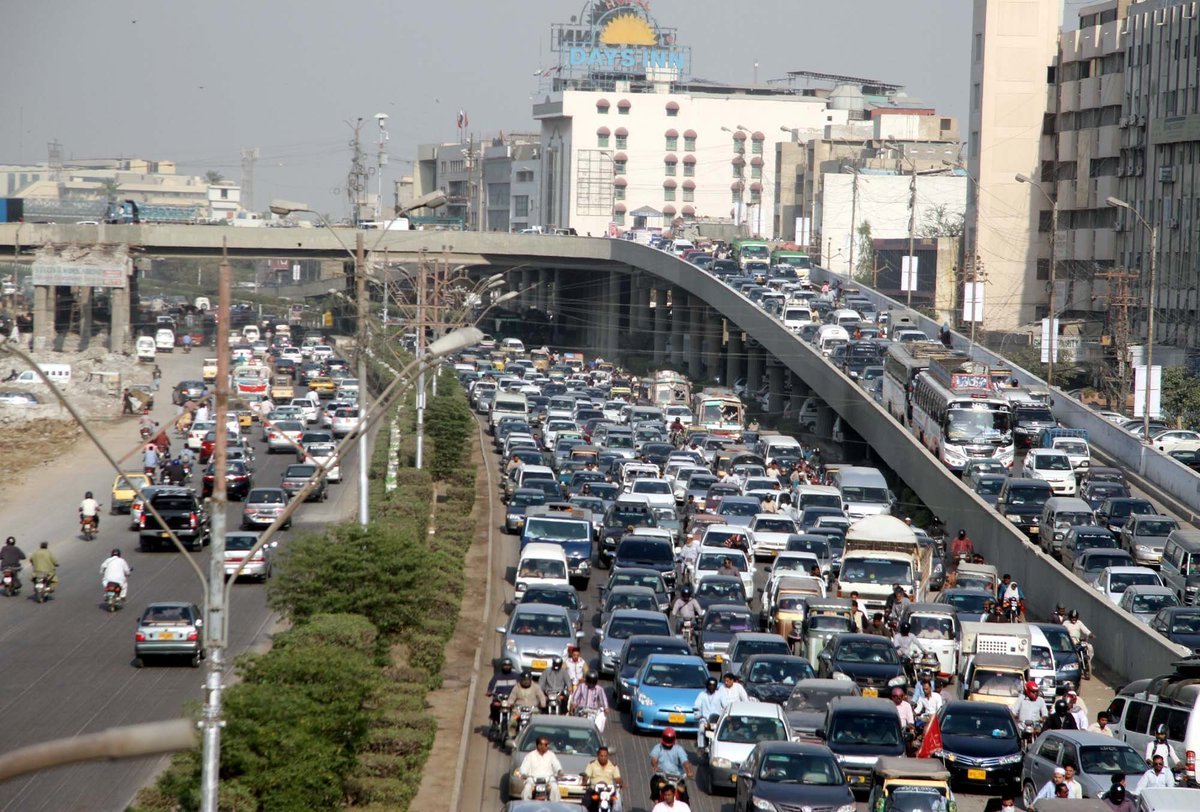 The new automotive policy was formally launched in March 2016, it was announced by Mr. Miftah Ismail, Chairman of the Board of Investment. The policy was aimed at enhancing consumer welfare boosting competition and attracting new player, these are all positive objectives / desires. The negative aspect of the policy is that Government tried to penalized the existing players all of them are Japanese well known brands globally and played a significant role in the development of local auto industry.

Unfortunately as a nation, we are not able to visualize frequent global developments and cannot match ourselves with the development speed of the rest of the world as a result we try to control / hide our own shortcoming thru formulation and adoption of polices which are based on biased approach. Our this psychology can also be seen in New Auto Policy 2016-21 but net result is a total failure and confusion.

It was claimed in the policy that it envisages development plans for the automobile industry in the country to facilitation higher volumes, attract investment, ensure enhanced competition and offer high quality in line with emerging opportunities within the country and the region. The prime importance in the policy has been given to the consumer welfare through provision of quality, safety choice and value for money. One of the objectives was that Auto Industry Development Committee AIDC shall also be reorganized on a logical ground.

It was also mentioned / noticed in the policy that at present, customers have to pay the full amount at the time of booking of cars inclusive of duties and taxes where as the cars are delivered to customer after several months. In cars any price escalation should be paid by the customer before taking delivery, the customers are required to pay price as on the date of delivery there is no institutional mechanism to respond to consumer feed back as vehicles manufacturer do not take note of complaints made by a consumer about quality and frequent escalation of car prices. To address this issue in Auto Development Policy certain measures were also included.

Furthermore it was the wish of Board of Investment and Ministry of Industries & Production that well known European car makers should come to Pakistan. In this connection Board of Investment Chairman, Mr. Miftah Ismail himself announced in November 2016, that Renault will start producing vehicle in Pakistan in 2018. He confirmed the French car manufacturer had already submitted its application to the Government for the manufacture of vehicle. The application is now under process at the Board of Investment and the Engineering Development Board. He also informed that this will be first time that a European car manufacture will set up a plant in Pakistan. Even in last year during Eid ul Azha holiday, Finance Minister Ishaq Dar and Mr. Miftah Ismail personally visited France and met the top leadership of Renault. Now there is total silence about the progress of Renault project in Pakistan. As per informed sources Renault feels that New Auto Policy do not offer anything substantial for a new car project in Pakistan and now having no interest in this market. German car maker Audi a company of Volkswagen Group reportedly has approached the Board of Investment with a proposal to start an OEM plant in Pakistan and submitted a letter of intent to the Board of Investment for consideration.

At the same time Volkswagen commercial vehicles is also showed interest to setup a manufacturing / assembly plant in Pakistan. It is learnt that Audi – Volkswagen Group wanted to invest in MKD / SKD (Medium Knocked Down / Semi Knocked Down) model with only assembly in Pakistan. However, that proposal did not match with the criteria for incentives as laid down in auto policy for new entrants.

The most primary objective of the policy was to bring new investment and create healthy competition among the players which tend to be in the benefit of consumer. Almost one and half year has been passed but not a single objective is achieved as yet. On the contrary due to this policy a fresh new investment of about USD 660 million was rolled back by Pak Suzuki Motor Company in March / April 2017.

In December 2016, Pak Suzuki managing director Hirofumi Nagao called on then Finance Minister to discuss his company future investment plan and inform him that Pak Suzuki is ready to invest 660 million in Pakistan to set up a second plant. The new project will be completed within two years and may start production by the end 2018. But nothing was offered to the existing players in New Automotive Policy 2016-21 so Pak Suzuki did not make fresh investment in new plant.

The second failure of the policy was witnessed in the case of Dewan Farooque Motors Limited which has applied for the revival of its car assembly plant and requested for grant of Brownfield Investment under Auto Development Policy for the production of Shahzore (LCV) and Sangyang (SUV’s) vehicles. There was some confusion / reservation of Engineering Development Board about the total period of closure of the DFML assembly plant. The matter was put on the 24th meeting of the Auto Industry Development Committee (AIDC). The committee held a detailed discussion on the application of DFML and unanimously approved the grant of Brownfield status to DFML. But Engineering Development Board refused to implement this approval on the pretext that this approval can be effective only after the suitable amendment in the auto policy but presently no change is possible since it is mentioned in the policy that it can be revised after two years while it is only in its first year of implementation. Resultantly all activities at DFML plant was suspended.

It is observed that after the disbanding of Engineering Development Board and mysterious silence of Auto Industry Development Committee (AIDC) Secretary of Industry and Production and Secretary Board of Investment took direct charge of implementation of New Auto Policy 2016 – 21. They both act very swiftly, which was a very positive sign. They invited all new entrants in a hurriedly called meeting on 6th June 2017 in Islamabad at ministry of Industries and Production office, having no prefixed agenda.

Interestingly the team of engineering Development Board which is supposed to be disband were also present and responding all the question and quarries raised by new entrants. In this meeting the following companies were present.

Subsequently second meeting was also called on 12th July, 2017, In between two meetings. Ministry has granted Greenfield status to the following new entrants.

If we analyzed all company’s affairs, very minutely which were granted Greenfield status. We will find a very discouraging situation.

Master Motors, on the other hand, has challenged the process initiated by the Engineering Development Board to grant Greenfield status to Foton JW Auto Park (Pvt) Ltd under the new policy, which provides attractive tax and duty concessions for new industry players. It argued that Foton JW Auto Park (Pvt) Ltd was already manufacturing trucks and it could not be treated for Greenfield Investment under the new policy. Master Motors further claimed that there was no joint venture with the Chinese company according to records of the Securities and Exchange Commission of Pakistan.

As a result of work on projects being developed by Regal Automobile Industries (Pvt) Ltd and Foton JW Auto Park (Pvt) Ltd had come to a halt due to the court cases.

It is very strange in case of the conflict between Master Motors and Foton JW Auto Park (Pvt) Ltd that Shahnawaz Motors which is one of the oldest automobile trading company in Pakistan, represents Daimler AG Germany and authorized general distributor of Mercedes Benz Passenger Car since 1958, also claim to be an authorized distributor of Foton Motors Group China. Could we understand that New Auto Policy 2016-21 is making back lash. It discourages local assembly and encourages CBU imports because no one is challenging Shahnawaz Motors.

Same case with the Regal Automobile Industries (Pvt) Ltd. they have already established their dealers network and selling vehicle thru CBU Imports. Nobody can make objection on their trading business nobody can stop them but unfortunate they stopped the further establishment of their automobile plant due to court cases. How new auto policy can help them out to start production in Pakistan.

It was also learnt through informed sources that Hyundai Nishat Motors (Pvt) Ltd and Kia Lucky Motors Pakistan Ltd did not sign the new entrant agreement which is a mandatory to be signed between the Government and the investor before the start of plant. The reason being they and their principals, having certain reservation upon this agreement’s contents. Surprisingly Ministry keeps these documents very secrete. In my opinion the draft of this agreement should be public so every new investor should know the bindings / responsibilities before the entry. Furthermore both companies are thinking to import the vehicle in CBU condition again question arises that unknowingly, New Auto Policy 2016 – 21 is pushing the new entrant towards CBU imports rather to attract facilitate them for the early establishment of the assembly plant.

Habib Rafiq (Pvt) Ltd – HRL Motors is among the new entrants but they did not make any tangible progress towards the development of assembly plant. However they unveil their first CBU imported car Zotye Z100 in Pakistan on a very high price tag and without any after sale service or spare parts availability arrangements. I do not think that they have any plan to enter in CKD business in near future. The two other new entrants’ i.e Pak-China Motors (Pvt) Ltd and Cavalier Automotive Corporation (Pvt) Ltd has made very little progress in this direction and they have to go a long way.

However Khalid Mushtaq Motors (Pvt) Ltd is consistently progressing well. It is reported that their assembly plant building is almost complete. They are planning to launch their local product in any time in first quarter of 2018.