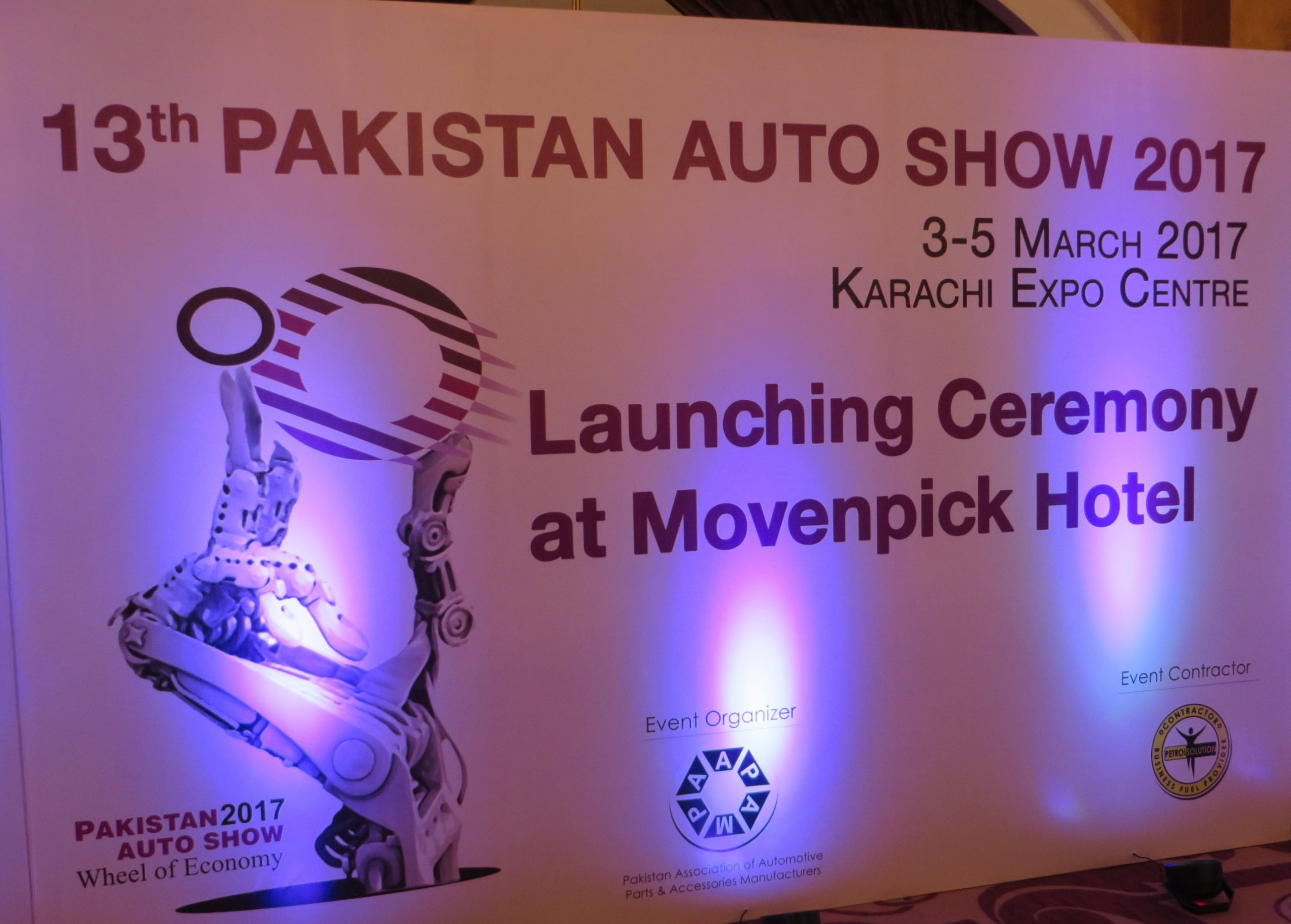 July 16, 2016: PAAPAM held a soft launch at The Mövenpick Hotel for its upcoming 13th Pakistan Auto Show (PAPS), which will be held at Karachi Expo Center from 3rd to 5th March, 2017.

Chairman PAPS 2017, Mashood Ali Khan gave a detailed presentation and briefing on the highlights of the event and its importance for Pakistan’s economy. As the economy of Pakistan is growing rapidly, the importance of such shows becomes greater, as PAPS will be geared to invite both local and international investors, who are showing keen interest in working with Pakistan.

A large number of guests from the automotive industry of Pakistan attended the launching ceremony yesterday and expressed their keen interest in participating in the upcoming event.

A delegation of PAAPAM members  have specially  visited various countries in the recent months to carry out road shows for inviting potential exhibitors to participate in the PAPS 2017 Show at Karachi, which will exhibit the tremendous  potential of the automotive and allied industries  in Pakistan. This delegation has already visited United States of America, Germany, China, Turkey, Korea and Italy so far, and the response has been most positive.

The response from the local industries to one of the biggest Auto Shows in Pakistan has been most encouraging, and it has received 35% online stall bookings within 5 hours of its launch. It is expected that leading machine and raw material suppliers are also participating in the auto show. Buying house companies from Africa, Taiwan, Dubai, Turkey and Kuwait are also expected in this show.