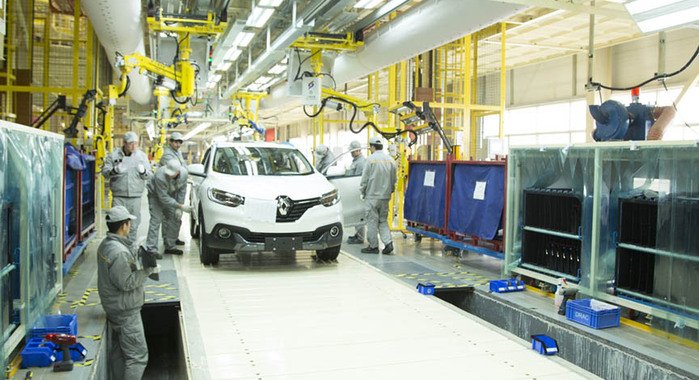 Automobile industry is one of main economic pillar of any country. It contributes average 5 to 8 % in GDP and approx. 10 to 18% in manufacturing sector depends on the country. The reason behind the significant contributions that there are lots of industries associated with it, e.g. Steel, Rubber, Plastic, Aluminum, Chemical, Paints, Carpets, Glass, Fuel etc., auto Industry can absorb massive amount of labor in OEM, tier one and tier two vendors. Repair, Re sales, and Spare part markets are supplement to this industry.
History of automobile starts with “Model T” of Ford, which was the first car of world, produced in 1908. One can find many events back through the 18th century about the evolution of cars and its components but those entire projects were proto type. Model T was labeled as first car because it had been produced in mass production with affordable price with price tag of$850 in 1909 to $300 in 1925; actually Henry ford was passing its saving to the end customers. US have rich history of automobile industry, big three Ford, General Motors and Chrysler belonged to United States. Before Great Depression 1929, there were 32 million cars running on the road globally and US made 90% of them. After World War IIUS share reduced to 75 % and then in 1992 Japan took the lead and then China in 2008.
Fortunately history of Pakistan auto industry starts with independence of the country when in 1949General Motors Sales and Distribution Co. introduced Vauxhall Bedford Trucks in Pakistan and built assembly plant in Karachi. It was the first assembly plant of the country in a very nascent stage. General Motors brought their UK plant hangars for assembling SKD (Semi Knocked Down) and installed at the place where Awami motors was situated later in Dockyard, West Wharf, production was started but after some years stopped for unknown reason. After rapid growth in demand of cars which heralded the good potential in future demands, other three giants of US Ford, Chrysler and American Motors Corporation AMC rushed to enter into Pakistan in early 50’s so they quested for local company to grant them right as a franchisee.
In 1955 Ford came into Pakistan through Ali Automobiles and built various Ford Cars e.g Ford Cortina (which was claimed to be Pakistan’s first car by some auto industry expert), Ford Perfect, Ford Pickup, Ford Angela, Ford Combi etc. Syed Wajid Ali, who was commissioned officer of Indian Army before partition, a philanthropist and a chairman of Packages, Wazir Ali Industries, and many industries in Pakistan, started Ali Automobiles, he also incorporated Wazir Ali Engineering in 1963, for engineering and heavy Industries. Wazir Ali Engineering made assembly tools, night vision devices and hollow plate bridges for army and later introduced Lambretta Scooter, in 1962, this Italian brand motorcycle produced through progressive manufacturing. Syed Wajid Ali died in 2008 at Lahore after protracted illness.
Chrysler entered into Pakistan through Haroon Industries which introduced Dodge Dart cars in 1956. Plant was located where Hino Pak is situated in Karachi. Haroon Industries was also importing SKODA (Czech Republic brand) cars in 60’s, then the CEO Khawaja Rehman decided to build it locally in progressive manufacturing. In 1968 Haroon Industries started venture named SKOPAK and initiated development in 1969 and launched the car in 1970. Haroorn Industries was importing chassis from SKODA and making fiber glass body panels in house. The whole body was exclusively made in Pakistan, so the Haroon Industries was the pioneer of fiber glass body in Pakistan. This project ran for one year only and ended in 1971 due to nationalization.

In 1962 Kandawalla Industries introduce CJ 5, 6 and 7 Jeeps of American Motors Corporation. It is civilian version of Willey’s military Jeep, CJ is “Civilian Jeep”, Nishan Jeep, copied version of CJ-5, was said to be the first car of Pakistan made through progressive engineering in 1970 at Kandawalla Motors, plant located at SITE area Karachi.Eighty Jeeps were successfully been produced and the project was still in trial run when nationalization put an end to it in 1972. Nishan Jeep was built for Pak Army and govt. did all financing because Kandawallas had very good relations with govt. Matchless Engineering took the pride to manufacture first 4 cylinder petrol engine for CJ-5 Nishan Jeep. Govt. conferred Tamgha-e-Khidmat and Nishan-e-Pakistan to Mian Sharif Ahmed, Chairman of Matchless Engineering.
There was no substantial industrialization in early 50’s, but in the era of Ayub Khan from 1958 to 1969, known as the ‘Decade of Development’, all industries was started to flourish, Tourism, Civil Aviation, Engineering, Units, Exports etc. Unfortunately this economic and industrial growth belonged to force modernization under undemocratic system.
Previously all plants were operating in SKD (semi knocked down) operations means they were only allowed to import sub-assemblies and assemble vehicles in Pakistan, in contrast to progressive manufacturing which required the development of parts locally. In 1963 when Pakistan automobile industries were growing continuously, Lt. Gen. Habibullah Khan Khattak, father in law of Ayub Khan son,GahurAyub, acquired facilities from General Motors during Ayub Khan tenure.He named it Ghandhara Industries Limited, which became the first company of the Pakistan that was granted to make vehicle by progressive manufacturing in 1963. Plant was situated in Karachi, so that adds one more credit to the metropolitan glory, later buses and cars started progressively in this plant.
We can classify auto industry before nationalization in two phases.
• Pre Nationalization with SKD Operation ( 1949-1962)
• Pre Nationalization with Progressive Manufacturing (1963-1972)
Bedford was a huge success in trucks sector, with the sales volume was hovering around 3000 units per annum. By foreseeing that success Habibullah Khattak also incorporated Ghandhara Diesel Limited to manufacture diesel engines in-house for Bedford Truck in 1970 at Hub Chauki, which was later nationalized in 1972 and named Bela Engineers Limited. Bela Engineers was first company to manufacture engines for in Pakistan.
Auto industries got huge support when Allwin Engineering and General Tyres incorporated. Allwin Engineering, which had expertise in specialized and precision parts, incorporated in 1963, as private limited company, which was owned by Shirazi Group. General tyres was started operation in 1964, initially it was an American company, General Tire International Corp. GTIC, investment which was later sold to Bibojee Group in 1977 and now GTIC is only giving technical assistance.
Battala Engineering Company BECO Lahore, founded by Ch. M. Latif, a Mechanical Engineer graduated from Maclagen Engineering College now UET (University of Engineering and Technology Lahore), in 1932. Pakistan was the first Islamic country to build its own prototype diesel engine at BECO in early 60’s before nationalization. It was the tremendous achievement by any Pakistani company, but before engine going for mass production nationalization ruined its fortune, started with changeof its name from BECO to PECO Pakistan Engineering Company. So having huge potential for growth it collapsed and ended in making of bicycle instead of diesel engine.
In 1964, Raja Motors, Honda Motor Cycles and Rana Tractors (Millat Tractor now) was incorporated. Rickshaw and Vespa of Italian brand was introduced by Khawaja Auto Cars.An employee of Khawaja Auto Car, Raja Abdul Rehman, made his own company named Raja Motors. Khawaja Yousuf, founder of Khawaja Auto Car was not well educated businessman, but had very strong relations in Italy, Italians also trusted on him that’s why Italians introduced many products in Pakistan through Khawaja Auto Cars. Monnoo Motors introduced Toyota Corona in 1967 but they only did import CBUs (completely built unit), price tag of Toyota Corona was about Rs. 36,000. Monnoo had a plan to build their plant on Hawksbay, Karachi for Toyota Corona production, they even purchased the land there but unfortunately project fell in vain due to nationalization.
Independence to Pre Nationalization era is covered in this article. Events of nationalization; post nationalizationera; its good and bad impact on the local industry; truth about different claims of first carand factors that cause debacle of some auto companies will be covered in next articles.
Author: M. ShujaulHaq