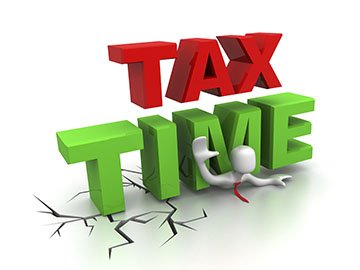 Current scenario of trade in Pakistan does not favor small and medium industries especially Chinese based manufacturing and assembling in
automobiles and electronics sectors.

Around nine per cent devaluation of the rupee against the dollar in the last four months, finalization of import/export data exchange with Chinese and Pakistani governments and country political environment may shake up
positive economic indicators.

When one dollar was equal to Rs 60 the trade and industry people were involved in misdeclaration and under invoicing in exports and imports. At that time tax rates were same as compared to current rates of taxation.

“This is the only solution which can bring out country out any financial crisis”, said Mohammad Sabir Sheikh, Chairman Pakistan Tajir Itehad and Association of Pakistan Motorcycle Assemblers (APMA).

He said the losing value of the rupee against the greenback is increasing production cost of local industries besides triggering increase in petroleum prices, raw material prices of auto sector, electrical and electronics and raising transportation cost.

Market is abuzz with rumors that the caretaker government would further devalue the rupee value before taking of power by the new government, he said.
Sources said the government, which is on verge of completing its five years term, is not ready to take responsibility for depreciating the rupee value. However, the government had already done devaluation in the last four months to improve exports especially of textiles goods.

He said rupee-dollar parity does not favor Chinese based assemblers who are already facing stiff competition. Only Honda can survive in this scenario because of its good brand image, higher volumes and no change in price of CD-70cc in the last four years.
However, any change in the policy, customs issues or rupee dollar parity make a big impact on Chinese bike assemblers while Honda survives the scare easily.

A real challenge for Chinese based bike assemblers is coming up as Pakistan and China are all set to launch online trade verification from April 2018 to authenticate the volume of import and exports of both the countries.

Pakistan Customs was ready to roll out electronic payment solution from December 31, 2017. The e-payment system had been developed with
the help of State Bank of Pakistan (SBP) and 1Link – payment solution provider.

Under the e-payment system importers would be able to make payments related to goods declarations (GDs) online and through ATMs. Usually banks have restricted amount transaction limit through ATM. However, there will be no limit of payment through ATMs for consignment clearance.

The government has also been working on various modules to comply with trade facilitation agreement (TFA) under World Trade Organization (WTO).
Prime Minister has approved single window operation for trade clearance. A team had been constituted at the Federal Board of Revenue (FBR), which would complete the task in three years.

The single window programme would facilitate the trade as importer would have to file a single page document and all the relevant departments would submit their certificates / verifications of their own under this programme.

Currently the WeBOC system – online clearance system developed by Pakistan Customs – allowed 50 per cent import consignments for clearance through green channel. This will be increased to bring it at international standard of 90 percent.During the past ten years the customs clearance system witnessed massive changes.

The automated system is facilitating the trade and it reduced the time for clearance.The Online Verification of Goods would start in Pakistan and China from April 30. Traders from both the countries are advised to provide accurate packing lists of their goods to concerned authorities.

It has been further clarified that prices will be subjected to change according to changes in sales tax and customs tariff. Any extra charges imposed by custom will be paid by the customer.

Last year Pakistan had suggested this measure change through various high level meetings with Chinese authorities to end over-invoicing and under-invoicing menace by the traders in Pakistan, due to which actual amounts of import-export were difficult to assess by the authorities.