PROTON launched the 2020 Proton X70, the latest iteration of the automakers’ segment leading sports-utility-vehicle (SUV) today. Built on a completely new production line at its refurbished plant in Tanjung Malim, the 2020 Proton X70 brings a host of features and new technology that further increase the value proposition of the award winning vehicle.

As the first SUV to roll off the Tanjung Malim shop floor, PROTON set itself an extremely high target in terms of quality. The aim was to better the quality standards of the first generation vehicle, which is something the Company says they have achieved with the Malaysian-built SUV as product quality audits show it now exceeds the standards of its predecessor.

PROTON Chairman, Dato’ Seri Syed Faisal Albar said, “the 2020 Proton X70 is a significant accomplishment for us as it not only represents the first model off the new line but, also because we have matched and exceeded the quality standards of the model we launched 14 months ago”.

He added the SUV was especially important from a manufacturing perspective as it signalled PROTON was able to build vehicles to global quality standards. ”This represents a big step forward for us because it shows we are more than capable of delivering valuable product propositions of a global standard’, he added.

Enhanced Features and New Technology:
The 2020 Proton X70 brings with it several new features designed to further delight customers as well as new technology to make it an even more competent vehicle. These include an increase in torque output, an improvement in fuel economy as well as the introduction of a brand new gearbox.

The most important technological enhancement is the introduction of a seven-speed Dual Clutch Transmission (7-DCT) in place of the six-speed Automatic Transmission (6AT) previously used. Among others things and as a result of taller ratios, the new gearbox helps to reduce fuel consumption by 13% to 7.6l/100km. It also results in much smoother and quicker gear changes resulting in a superior driving experience.

Fitting the new 7-DCT gearbox allowed PROTON’s engineers to use a new engine map, boosting the torque output. The 2020 Proton X70 now delivers 5% more torque, bringing its measured twisting force up to 300Nm. Combined with the quicker shifting gearbox the SUV has shaved 1 second off its 0-100km/h time, allowing it to accomplish the century sprint in 9.5 seconds.

Aside from the mechanical improvements, PROTON also added enhancements to the interior. Premium and Premium X variants now receive ventilated front seats that allow cool air to circulate to the driver and front seat passenger.

Further enhancing the practicality of the 2020 Proton X70 is the inclusion of a powered tailgate, which is available from the Executive variant. The feature is height adjustable allowing for hassle free access to the boot compartment and is supplemented by a foot sensor for the top-two specification levels. Regardless of variant, the split folding rear seat back now has a recline function to adjust the rake of the rear seats and boost passenger comfort.

Built and tested with Malaysian customers in mind:
The 2020 Proton X70 was put through rigorous testing to ensure that it would meet the challenge posed by Malaysian roads and driving conditions. The SUV was put through its’ paces by PROTON’s development engineers with over 2 million kilometres of testing clocked in an effort to ensure the robustness of the vehicle and its systems.

Based on the way it performed while undergoing tests in Malaysia, the 2020 Proton X70 also received an improved ride thanks to adjustments that were done to the suspension. This has resulted in a more refined and nuanced driving experience, matching the premium class aspirations of the brand. PROTON also said a pivotal difference with their newest model is how many, if not all of the interior changes were made based on extensive customer feedback, garnered from both existing customers and focus groups.

“We wanted to ensure our customer’s needs were met with the 2020 Proton X70 and so many of the new features you see are based on what customers felt they wanted. This is critical for us because our success moving forward will be determined by how well we listen to our customers and more importantly, how quickly we can move to meet the demands of the market”, said Dr Li Chunrong, Chief Executive Officer of PROTON.

“The launch of the 2020 Proton X70 also brings the Company full circle in its current product cycle. In 2019 we launched updated versions of the Proton Persona, Iriz, Exora and Saga and after today’s event, every model sold by PROTON has been updated and is manufactured in Malaysia,” he added.

Four variants offer options at different price points:
Similar to its predecessor, the 2020 Proton X70 is offered in four distinct variants though the line-up has been altered. The Standard variant still kicks off the range followed by the Executive. The AWD Executive has been dropped so the next variant is the Premium with the all-new Premium X topping the range.

All variants are offered with the Integrated Cockpit Information System (GKUI) system that made its debut in the previous model. Featuring voice recognition via an 8-inch Android based touchscreen interface.

As with the previous model, a 360 Camera is offered on Executive, Premium and Premium X variants but the Tyre Pressure Monitoring System (TPMS) and Advanced Driver Assistance System (ADAS) suite is only fitted to the latter two. 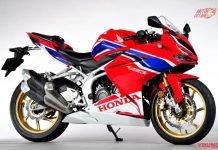 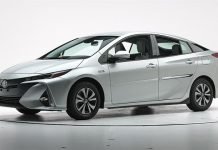