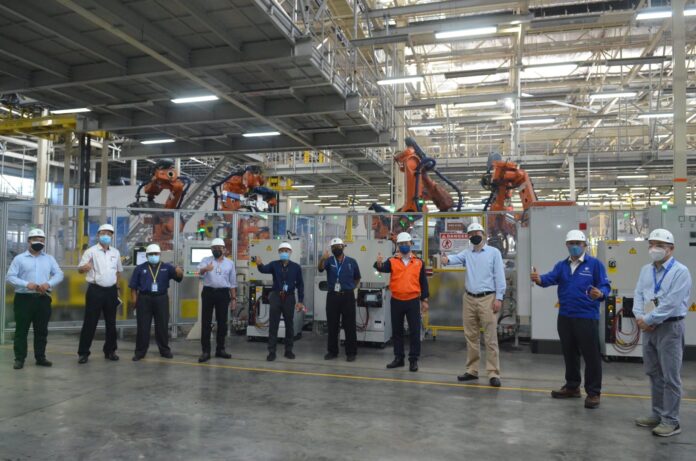 PROTON has started 2022 with a bang and the company on its way to having another fantastic year. The company’s state of the art production line in Tanjung Malim has started rolling out the Proton X50 after assembly lines were affected by the recent floods.

“Today is a special day because less than two weeks after the floods disrupted operations for many of our parts suppliers, we have been able to restart Proton X50 production at Tanjung Malim. This was only made possible by the close cooperation between PROTON and its vendors and is an example of how we can work together to overcome an issue that affected thousands of people,” said Roslan Abdullah, Chief Executive Officer, Proton Edar.

“The floods affected the livelihoods and homes of many families in PROTON’s local community, but it was during these trying times that our sense of responsibility came to the fore and we stepped forward to help anyone we could. The quick restart of production also means we will have more stock to fulfil orders from our customers, so we are looking forward to having a great start to 2022” added Roslan Abdullah.

EV’s Global and local out look