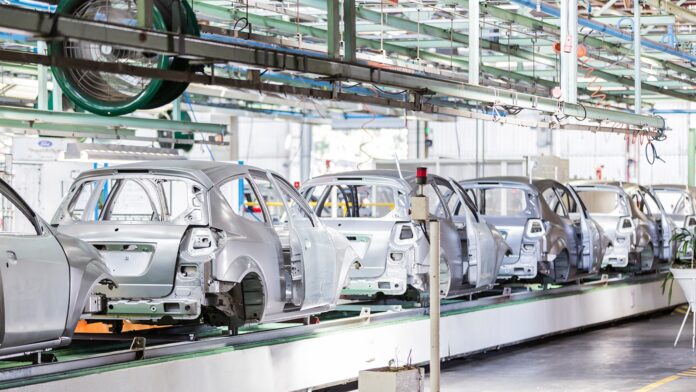 It is unfair to put the entire onus on the new entrants for not introducing any below 800cc cars especially 660cc under the Auto Policy 2016-2021 and keeping their focus more on bringing Sport Utility Vehicles (SUVs) and high engine power vehicles.

Before grilling the new players, let us go back and review Japanese assemblers’ dominance and their practices for providing obsolete and decades-old cars.

Chairman Pakistan Association of Automotive Parts and Accessories Manufacturers (PAAPAM), Abdul Rehman Aizaz in a print media report has hit the new entrants easily for ignoring middle class buyers and racing towards introducing SUVs. This attack on the new entrants has come at a time when the Auto Policy 2016-2021 is nearing end on June 30, 2021.

Certainly, Mr Rehman and their decades-old vendors under the umbrella of PAAPAM, who mostly rely on Japanese assemblers’ orders for parts and accessories manufacturing, are sure of not losing any big business in criticizing Korean and Chinese players. PAAPAM chief and his members know very well that they will invite their doomsday in case of raising eyebrows against the Japanese assemblers on various issues.

PAAPAM members, mostly dominated by blue-eyed vendors of Japanese assemblers, had never shown their anger loud and clear as to why decades old cars were still being rolled out which did not exist in any parts of the world.

Suzuki Mehran ruled the roads for 30 years without any complete change in models and engines followed by 12 years of Suzuki Alto, 16 years of Suzuki Cultus, 11 years of Honda Civic, eight to nine years of Toyota Corolla and 10-12 years of Daihatsu Coure. Surprisingly, Suzuki Bolan and Suzuki Ravi, which are also 20-30 years old technology, are still being assembled without any complete change in models.

Japanese assemblers were clever enough too as they did not take any risk in completely changing the models when the demand was already upbeat and people did not have the option. Used small imported cars of 660cc had penetrated deep in the markets but it cannot give any serious dent to the iconic Suzuki Mehran, Alto 1000cc, Cultus and Bolan, which encouraged assemblers to keep the assembly line operational for decades.

However, a daring man emerged from the PAAPAM fraternity and that was Capt (retd) Muhammad Akram who as a chairman of PAAPAM before Rehman Aizaz had shaken the assemblers as well as their favorite part makers of Japanese assemblers.
For the first time in 15 years, during January 2020, Akram dared to speak out against the local vehicle assemblers over low localization and high prices.
He pointed out various SROs especially 655(I)/2006 which had only benefited local assemblers instead of auto vendors and consumers.

Akram claimed that the association’s website mentions 70 per cent localisation for production of Suzuki Mehran – which was discontinued in April, 2019 after three decades.
The real situation in cars was different as localization levels in 660-1,800cc cars ranged between 45-55pc while assemblers claimed higher localisation.

He had written a letter on low localisation, high prices and misuse of SROs to the Ministry of Industries. He claimed that it was the first time that PAAPAM has raised objections on the above issues especially SRO655 so far in the last 15 years.
Capt Akram is reported to have paid the price of being vocal against the assemblers as many vendors of Japanese car assemblers had indirectly criticized him as they felt that his outburst would cost them heavily. He was indirectly asked to keep a mum on various issues between assemblers and vendors. After that, Capt Akram had almost suspended appearing in the media before his tenure came to an end in August/September 2020.
Sources said Prime Minister Imran Khan is reported to have recently assured the Japanese and Pakistani executives of Toyota for supporting the hybrid assembly initiative. Honda is also ambitious in first introducing hybrid vehicles.
The government appears confused as it has already announced incentives for promoting electric vehicles assembly while on the other hand it is creating confusion by signalling support to hybrid vehicle assembly.

After Mr Muhammad Akram, Karachi Chamber of Commerce and Industry (KCCI) in its budget proposals for 2,021-2,022 has finally grilled the car assemblers. KCCI said in the last 40 years, auto assemblers have enjoyed protective duties, exemptions and virtual monopoly in Pakistan’s automobile car market.

Contrary to initial agreements, the assemblers failed to implement a deletion programme up to 90pc. Instead, they are importing completely knocked-down kits (CKD) while they have created vendors who mostly import auto parts and supply them to these assemblers.
Consequently, the so-called vendor industry is only producing low quality and non-mechanical parts which are clearly visible in locally assembled cars. So far the assemblers have only drained Pakistan’s foreign exchange reserves to the tune of billions of dollars. Quality of automobiles produced by the assemblers is so poor that not a single unit of these cars has ever been exported to any country.
Despite such poor quality, artificial shortage is created to fetch a premium on the early delivery and allow undocumented investors to exploit genuine buyers.

The KCCI believes that more than enough protection has been given for decades to assemblers. The chamber urged the government to allow commercial import of used cars of models up to five years old besides a 50pc cut in tariff rates for import of used cars followed by restoration of depreciation to 50pc.
Coming back to PAAPAM chief Abdul Rehman Aizaz, he said the key objective of the 2016-21 auto policy was to bring competition that would result in reduction of car prices, especially in the entry level segment so that the middle-class population of the country would be able to purchase smaller cars.
Unfortunately, after almost five years, though the auto market has been flooded with SUVs and high-end passenger cars, there is not a single entry level car below 800cc by any international brand of repute.
Under the 2016-21 policy, new entrants are allowed import of parts at concessionary custom duty of just 10 per cent, while old manufacturers are importing these parts at 30pc custom duty.

He said the assembly of SUVs is an easy option for new entrants. “They have been allowed to import most of its parts at a concessionary rate of duty due to a thin ‘A max part list’ of this segment, assemble the vehicle and sell these in the market easily which is already booming because of low interest rates and a high demand from consumers.”

“Actually the auto policy of 2016-21 has resulted in a price benefit for high-end consumers of SUVs and passenger cars,” he added. Concessions on import duty provided in the 2016-21 policy would continue till June 2026. These concessions have resulted in subsidisation of imports, loss of revenue to the government, employment generation in a foreign country instead of Pakistan, loss of GDP to the country etc, he lamented.

Without any doubt the 2016-21 policy, especially in case of new assemblers, resulted in slowdown of localisation and loss of business to auto part manufacturers who are key stakeholders in the automobile value chain and where bulk of the employment is generated, he added.
In the new Auto Policy 2021-26, there are indications that duties on completely built-up (CBU) and completely knocked-down (CKD) will be reduced across all segments of passenger cars and SUVs.

Reduction in CBU and CKD would once again result in subsidising the imports and that too mostly in the luxury cars and SUV segment.
The Paapam chief was of the opinion that to reduce the prices of entry level cars, concessions should be targeted towards this very segment only. Instead of reducing CKD and CBU duties, concessions in mark-up rates for financing smaller cars, abolishing federal excise duty and additional custom duty on raw materials and parts, reduction in sales tax rates etc. should be considered.

“Before finalisation, there is a need that all proposals shall be deliberated in detail with ample time and opportunity to discuss the pros and cons and come up with a policy that will support the Make in Pakistan vision of the Prime Minister,” Mr Aizaz summed up.
Here a question arises. PAAPAM chief was not happy over low localization from new entrants due to a policy of favouring new entrants. What about localization targets achieved by the existing assemblers.

Japanese assemblers especially the bike assemblers have been playing havoc with the prices despite gaining rupee against the dollar which was equal to Rs 168.42 during August 2020 as compared to Rs 152-153 currently, making a solid case of low landed cost of imported parts.

But the assemblers and the vendors had come out with a justification that rising raw material prices in world markets coupled with soaring steel prices have diluted the impact of rupee appreciation against the dollar. The assemblers are already flexing their muscles to further increase prices which they already did in the previous months.
Shankar Talreja at Topline Securities said car prices had already gone up by 4.3 per cent to 5.1 per cent from August 20 till to date.

He said there has been a global shift towards SUVs and that trend with auto policy 2016-21 has become more affordable for consumers as well.
In Pakistan, the market for SUVs remained untapped and hardly one to two models were offered to the consumers and that too at higher price brackets of over Rs seven million.
Mr Talreja said with new auto policy, assemblers have targeted top-notch sedans buyers and have provided them with more luxury at similar price brackets of sedan.
He said higher engine power vehicles have emerg¬ed as more profitable while smaller cars will have to face a direct competition with Suzuki Alto 660cc.

A Korean car and SUV assembler said very few companies have below 1,000cc models.
A Chinese assembler said that currently China does not have any small car like 660cc (petro engine) while the trend of small cars in China is fast fading after the electric vehicle revolution.
Besides, Pakistan is a competitive market for small cars where feasibility does not favor bringing small cars.

Small cars are only available in India which will prove price effective for the consumers but mounting political tensions between the two countries do not allow this option.
He said international new entrants are not in a position to invest in risky small car assembly in Pakistan keeping in view some Chinese small cars of 800-1000cc introduced by local investors as they have been struggling for their survival.
Pakistan has attracted over one billion dollars in investment from new entrants — mainly from Korea and China — under the Auto Policy 2016-2021 but not a single below 800cc cars were introduced.

New entrants feel that it is a total risk now in Pakistan to assemble below 800cc cars owing to lack of trust of buyers on Chinese cars which is much evident from deteriorating sales production and sales of various models like Prince, Alpha and Bravo (800-1,000cc). They are definitely cheaper than Korean and Japanese counterparts but have so far failed to attract new buyers. Lack of resale value and concerns of quality and durability are other concerns of consumers who think twice before purchasing Chinese vehicles. The next option for them at this price of Chinese cars is Japanese imported used cars.

Surprisingly, buyers, who ignore small Chinese cars, go wild for MG, Glory and other SUV Chinese brands which have been running side by side with Japanese brands and the numbers on the roads are growing.

Besides, the cost of assembly of small cars appears unfeasible for assemblers due to no concession on parts and accessories imports and limited profit margin.