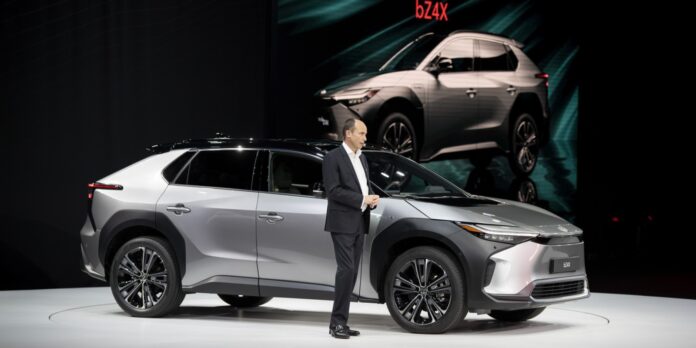 During a recent media event in Brussels, Toyota Europe outlined a plan for a 100% CO2 reduction in all-new vehicle sales in the market by 2035. This “goal” will be preceded by a sales mix of at least 50% zero-emission vehicles (ZEVs) in Western Europe by 2030. On a broader scale, Toyota Motor Corporation continues to dig in its heels as one of the few major automakers that has yet to set an expiry for gasoline vehicle production.

Toyota is a name that needs no introduction. As one of the largest automakers on the planet with over 84 years of experience, the company has been around longer than most of Earth’s current population. An automotive elder, if you will.

By delivering models like the Corolla, Camry, and Supra, Toyota has long been established as a best-seller around the world, pushing automotive innovation with other vehicles like the RAV4 and Tundra.

Given its history of developing new autos, it’s no wonder that Toyota was an early promoter of electric vehicles, with its famed Prius. What is a wonder however, is why Toyota mostly abandoned carbon-friendlier vehicles since the Prius.

While Toyota remains a global best-seller of ICE vehicles, its EV report card remains abysmal, with plenty of “see me” notes from Mother Earth regarding its behavior. There’s almost too much evidence to choose from, so here’s a quick recap of some of its more newsworthy movements:

How Toyota sneakily spreads anti-EV propaganda in Japan
Toyota is facing boycotts over its fight to slow electric vehicle progress
Toyota is investing over $13 billion in EV batteries while lobbying to slow everyone else
Toyota delusionally claims hybrids and fuel cells will stay competitive with electric cars for next 30 years
It’s not all bad, though. The brilliant minds behind the Yaris have in fact changed their tune (at least publicly) with their approach to EVs. This past October, Toyota unveiled its bZ4X as its first EV to arrive on its new dedicated platform, available for the global market (they previously manufactured some EVs for China, apart from some limited EV runs here and there).

In recent news, Toyota has also partnered with Chinese automaker BYD to build a $30,000 electric vehicle, but it’s not currently clear whether markets outside of China will see it. One of those potential markets is Europe, in which Toyota has now committed to implementing EVs… so it can remain authorized to sell cars there.