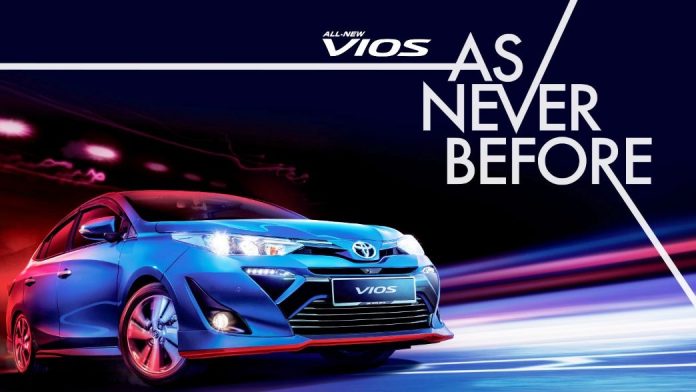 Last year, there were speculations and confirmation that Toyota has finally decided to replace their ever-popular XLI & GLI with VIOS. However, the plan was halted and now we’ll be having Yaris Sedan instead of VIOS in Pakistan.

Although many were disappointed that YARIS wouldn’t be launched as the company saw that it was not viable for Pakistan’s environment, the plan was set. VIOS was supposed to be launched by mid of 2018, however, due to the crumbling of rupee against the dollar, the idea was shelved.

There were speculations that VIOS would be launched by the end of 2019. However, it was again not possible due to the crisis faced by the auto industry in Pakistan. During this time Indus Motor company, which produces Toyota models, was closed for 8-days at the start of July and two days every week during the month of July. The executive of IMC said that the steep increase in car prices after currency devaluation as well as the imposition of Advance Customs Duty (ACD) on all imports and Federal Excise Duty (FED) on assembled cars has left them no option but to cut down the plant production.

After all this there was news released in August that Toyota will not launch VIOS, instead, they would launch Toyota YARIS. One of the possible reasons for Yaris Sedan being replaced with VIOS could be the cost difference between the two cars as Yaris Sedan costs lesser as compared to VIOS. Although they have the same platform; meaning that both cars are alike in terms of the dimensions, suspension, and other hosts of features including the interior.

Ever since their last release of GLI and XLI, the competition in the market has grown as newcomers like KIA, Proton and Hyundai introduced smaller and compact cars. Introducing YARIS sedan which has a fresh, modern and aggressive style along with a bolder design is one of the ways by which Toyota is coming back to re-establish its popular legacy.
It will be February 2020 when Yaris Sedan will finally be released (as confirmed by sources) and we’ll know that replacing VIOS with Yaris Sedan will be a good decision or not.