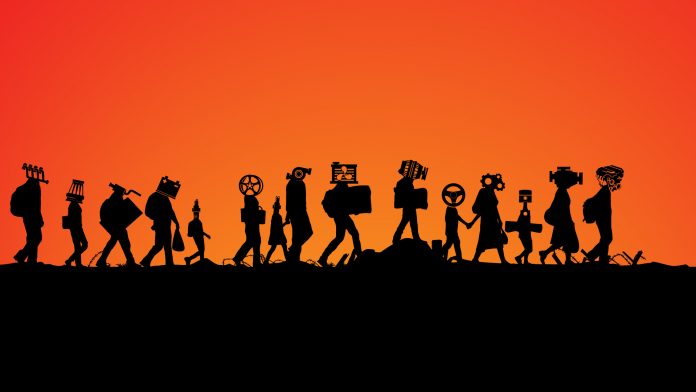 Policy fault or negligence of vendors, assemblers and importers

If we have really achieved over 90 per cent localization then why the federal government (Ministry of Finance, Ministry of Industries and Production, Ministry of Science and Technology and Board of Investment) are not serious in starting electric vehicles in Pakistan (electric bikes, commercial vehicles and passenger cars).

Chairman Association of Pakistan Motorcycle Assemblers (APMA), Mohammad Sabir Sheikh said the current government, whose slogan is to bring change and betterment in the country, must ponder seriously in allowing electric vehicles manufacturers on low rate of customs duties for assembling of EVs (bikes and cars) and also allow lower rate of imported CBU electric vehicles for at least one year.

Pakistan’s import bill for completely and semi knocked down kits in 7MFY19 rose to $777 million from $720 million. In FY18, country spent $1.321 billion for import of parts and accessories versus one billion dollars in FY17.

Automobiles’ prices may rise further as assemblers have only passed on seven per cent to 20pc price impact in the last one year to the consumers as against 26 per cent rupee devaluation against the dollar.

The bike and car assemblers have surged prices four five to six times in 2018 claiming that only a portion has been passed on to the consumers.
One dollar was equal to Rs 110 in interbank market in January 2018 versus current rate of Rs 139.

Website of Pakistan Association of Automotive Parts and Accessories Manufacturers (PAAPAM) claims of achieving higher localization of 70 per cent in cars, 92pc in two wheelers, 90pc in tractors and 78pc in three wheelers but in contrast, the import bill of completely and semi knocked down (CKD/SKD) kits continues upward trajectory.

Suzuki Cultus and Swift have 44 per cent localized parts followed by 54 per cent in Wagon-R. The local content in Mehran and Ravi/Bolan is 70pc and 68-70pc.

Honda City is being rolled out with 68 per cent locally made parts while local contents in Civic and BR-V are 55pc and 46pc, Honda Atlas Cars claims.

Soaring imports of raw material is one of the main issues for not achieving higher localization on which the vending industry relies heavily. Any change in rupee-dollar parity raises cost of imports. Vendors have already been struggling to get exemption of regulatory duty (RD) on import of steel parts.
Many assemblers are not taking wheel rim from the local vendor industry for some of their newly launched models.

Because the models of cars change every five years volume are critical to increase localization. With each change in model beside the design, the technology is changed as well, which requires substantial investments of billions of rupees. In tractors and motorcycles as models do not change radically if at all, thus more localization is possible due to higher volumes, the Ministry said.

Honda Atlas Pakistan had been famous for changing complete model every five years but in case of Honda City the company has been assembling City since 2010.
Only Indus Motors Limited (IMC) has been striving to achieve higher localization which is now 65pc in Toyota Corolla but company took too long to make a complete change in model.
IMC claims over 65 per cent local contents in Corolla said rupee devaluation rate is higher than vehicle price increase.

CKD kits are imported while raw materials for vendor parts are not made locally due to its dimensional precision and qualitative requirements. Rupee devaluation impacts on both essential imports, the company says.
Unfortunately, one of the main reasons for not achieving desired results towards indigenization was low number of joint ventures.
The Science Ministry observed that there are not enough technical assistance agreements (TAAs) or joint ventures (JVs). There is a need to do much more in auto part making. The technical fees and royalties that Pakistan pays are a fraction of what Malaysia, Thailand, Vietnam and India pays. Even that is taxed by provincial and Federal tax authorities.

According to Science Ministry, there were 30 companies while the number of TAAs and JVs were 53 that produce 56 types of products.
Sources said one of the leading car assemblers have created different vending companies to make TAAs with them aimed at flourishing in house business, transfer pricing and profit repatriation to their Japanese assembler.

The Ministry recommended that FED and Sales tax should be removed from Technology Acquisition and in fact the government should subsidies through a higher tax relief for technology acquisition.
Market sources said CKD/SKD import bill is swelling owing to slow localization in new models like Cultus, WagonR, Swift, Honda Civic and Honda City.
They said that the previous governments had never bothered in checking the pace of localization.

In Pakistan, some government departments only prepare reports on the performance and wrong doings by the auto sector but there is virtually no practical check and balance on the assemblers on issues like multiple price hikes every year, low localization and quality, parts quality etc. In Pakistan, no laboratory exists for checking emission standards and engine versions like Euro II and Euro 1V.

A leading heavy assembler had raised prices by 15 per cent in 2018. On an average, the localization level is 45pc.
“Localization is by choice and there is no strict regulation after Tariff Based System (TBS),” the official said.
A leading tractor assembler said his company has increased prices by three to 10pc in the last one year.

KIA Picanto booking to begin next week in Pakistan